Today’s spot is hardly a secret amongst Londoners but this is exactly why I wanted to share photos and a bit of its history here on the blog. A lush slice of London life, Victoria Park is one of the regular haunts of East Enders, away from the hustle and bustle of the capital. It’s also one of London’s largest parks and the oldest public park in the UK. There’s more to it than just open space though!

Bordered by Regent’s Canal, Victoria Park is one of London’s prettiest and most varied green spaces. Situated between Tower Hamlets and Hackney, it’s divided into two parts, West and East by Grove Road. The park was designed by the renowned architect Sir James Pennethorne, who also redesigned parts of Buckingham Palace and landscaped Battersea Park, following a mass petition to the Queen to create an outdoor space for the densely populated East End. Ever since it was founded as the People’s Park back in 1845, it has served as a meeting spot for locals, a place for rallies and political speeches, and an anti-aircraft site.

Nowadays Victoria park hosts music festivals, a tennis court, fountains, lakes, The Pavilion Cafe and last but not least, the Victoria Park Market on Sundays. I actually really like the latter – although it has fewer stalls than other open-air food markets in London (like Borough Market, Broadway Market or Spitafields market), the variety and quality of food is great and it’s far less busy. Other attractions you shouldn’t miss include the iconic Hackney Wick Great War Memorial, the sculptures of Romanian artist Erno Bartha in the lake and the pedestrian alcove, a surviving fragment of the old London Bridge. I saved my personal favourite for last: the Chinese pagoda which was moved to Victoria Park from Hyde Park after the famous Chinese Exhibition in the 1840s.

Before I leave you with my photos from Victoria Park, which I took on a sunny day last fall, I wanted to share with you my favourite memory from this spot. This summer my partner in crime grabbed snacks from the Pavilion Cafe and hired a rowing boat (a little tradition of ours) and enjoyed the park from the water, which included some close up views of the Chinese Pagoda. 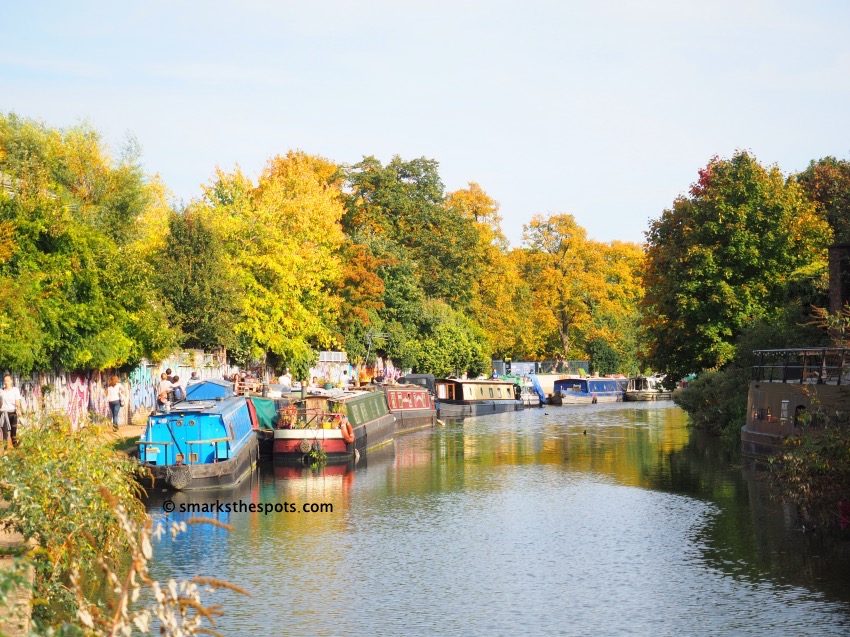 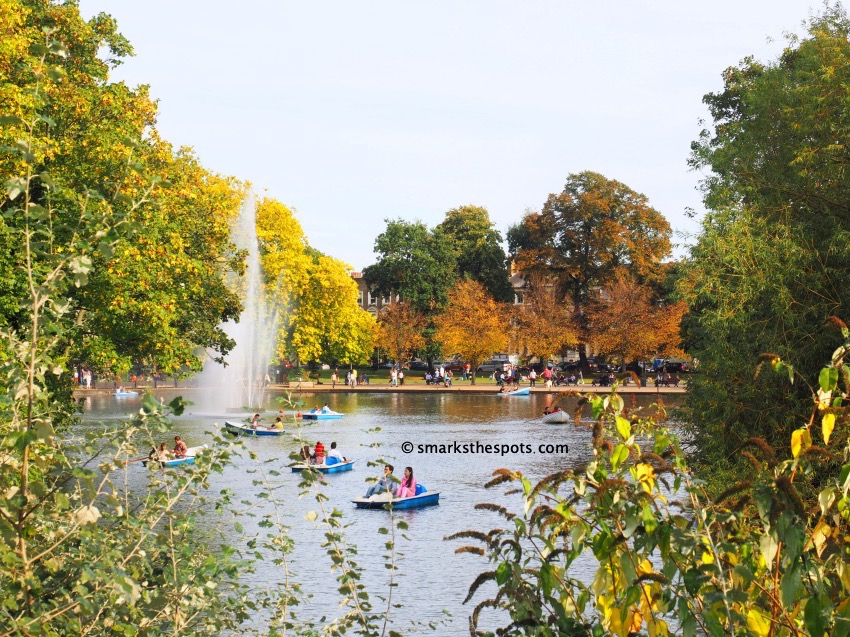 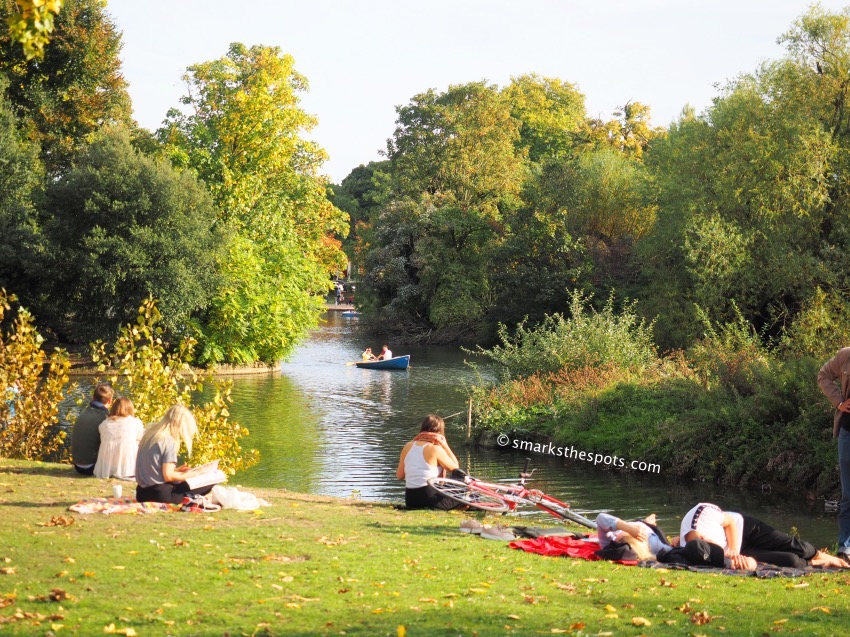 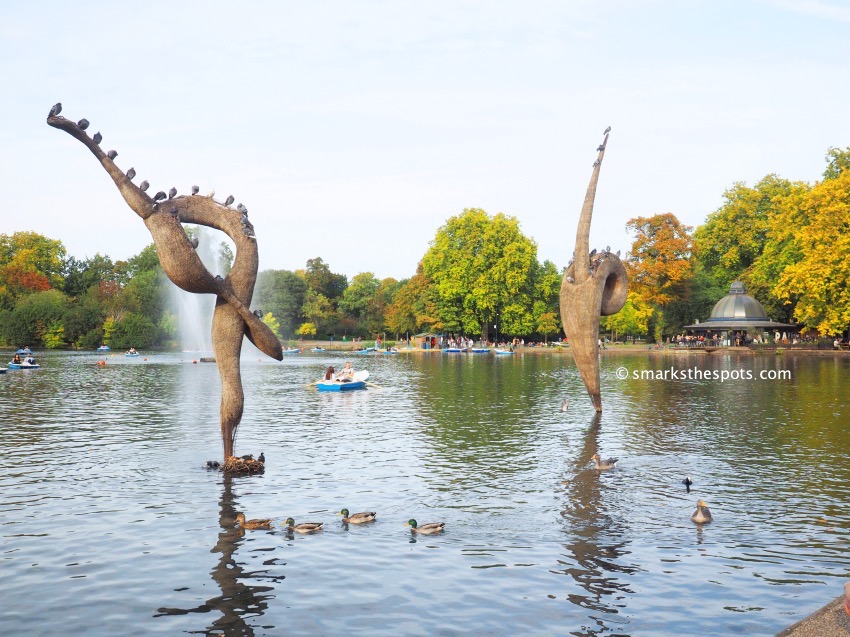 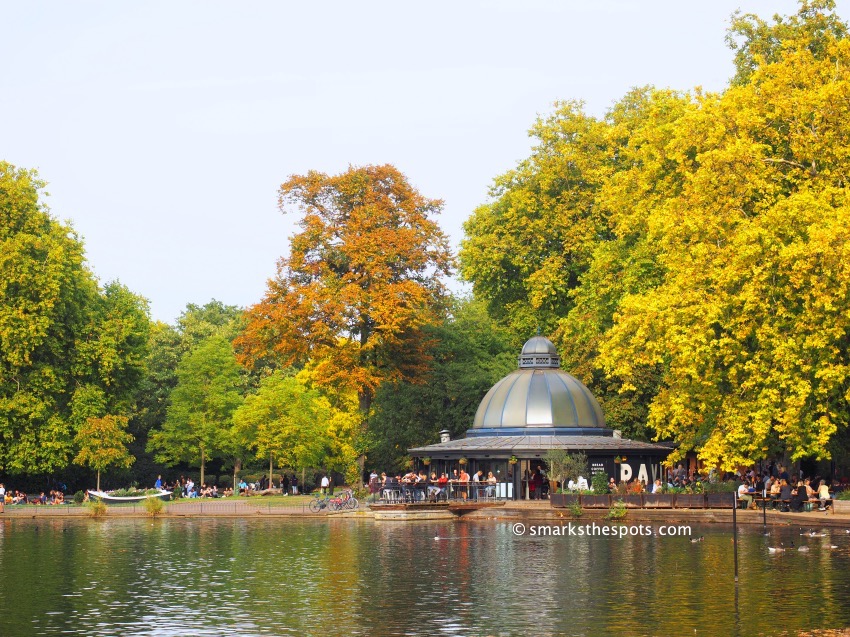 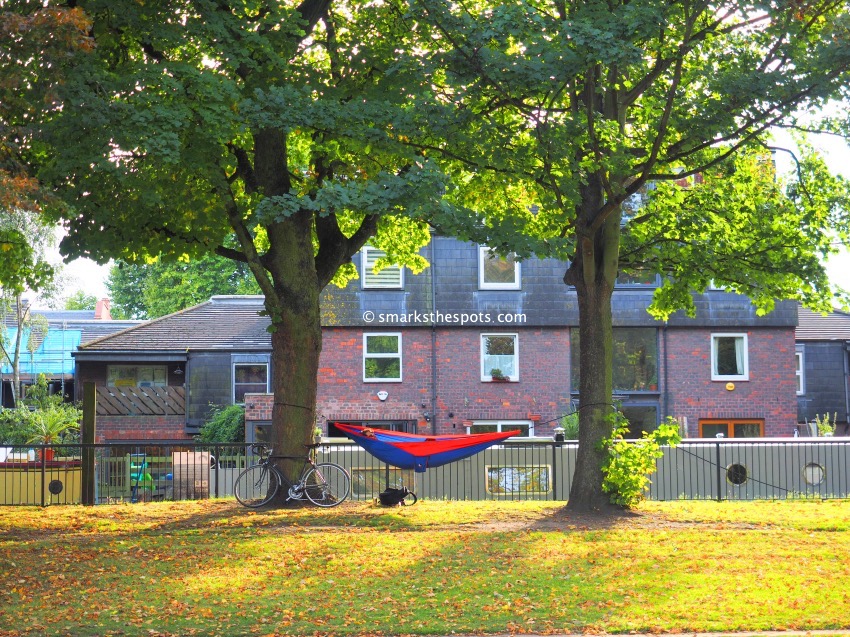 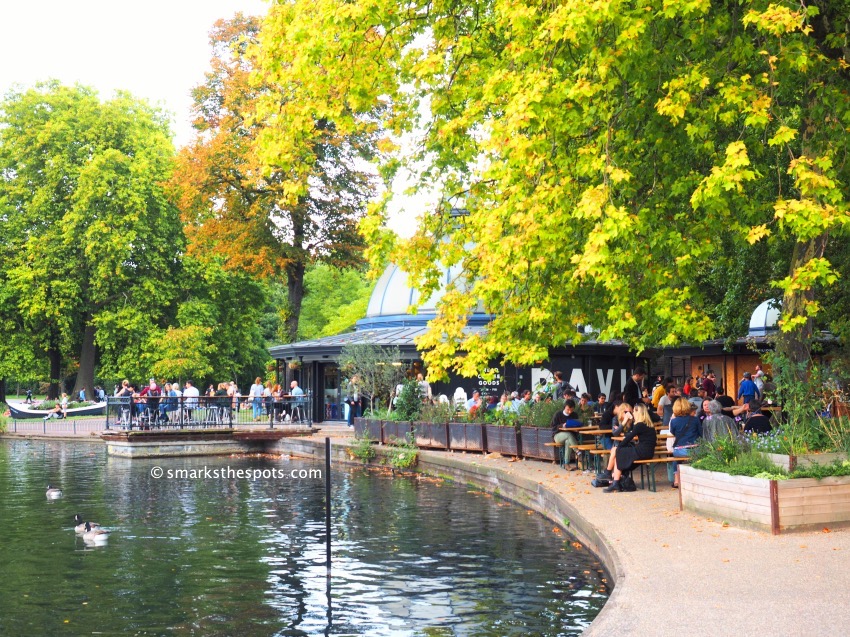 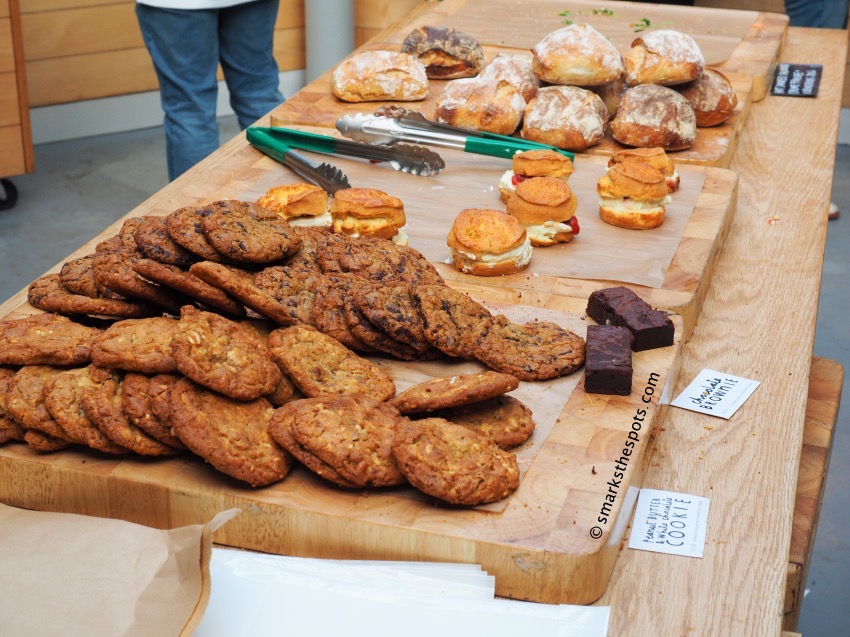 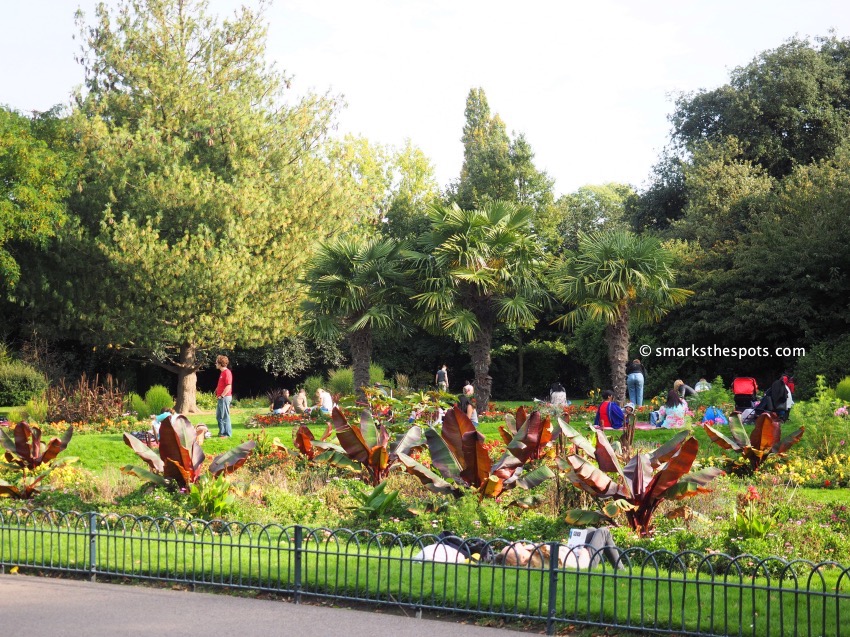 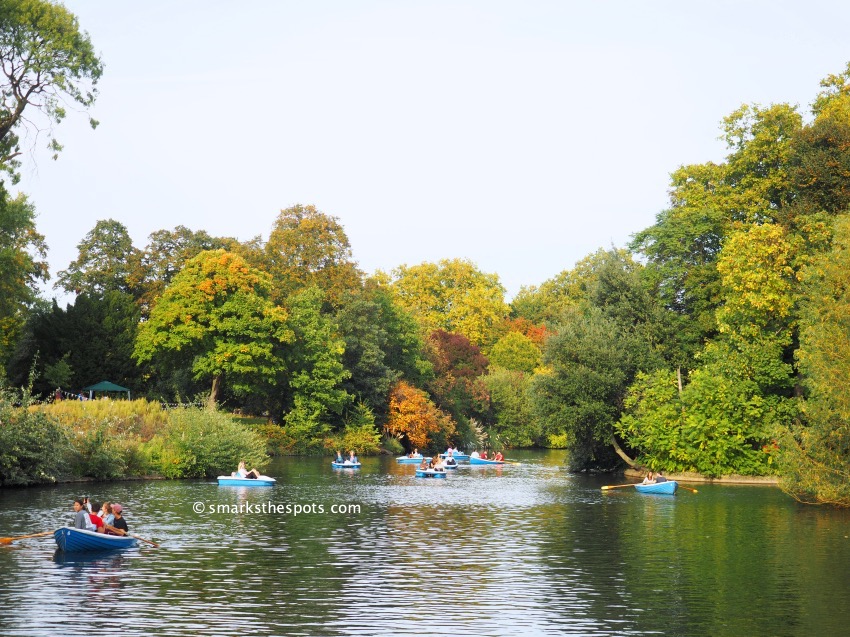