During the colder months I always reach for my favourite comfort food. Let’s be honest, my foodie list is long no matter the season but ramen is all the way atop on a chilly day. Umamido has joined a handful of good ramen spots in Brussels, like Yamato, Kokuban and Samurai, and quickly become a favourite amongst locals.

This minimal Japanese noodle bar in Flagey may lack space (it’s actually tiny and takes no reservations), but makes up for it in quality. Be prepared for delicious bowls of goodness filled with rich broth, thin slices of tender pork and loads of wheat noodles imported from Japan. After travelling back from the “Land of the Rising Sun” Guy, the owner of Umamido, has created a modern space offering the real deal: slow food (note that authentic ramen has to boil several hours so that all ingredients can release their flavours) served fast. The menu also includes a few other dishes, such as gyozas, edamame beans, kimchi and the best steamed pork buns I’ve had in a long time.

After opening a branch in Antwerp, Umamido has now a new restaurant in Place Sainte-Catherine with a nice terrace just opposite Noordzee and next to Elli’s Gourmet Burger. Speaking of burgers, thanks to Umamido I got the chance to try for the first time a ramen burger which is essentially a patty sandwiched between two discs of compressed ramen noodles instead of the traditional bun. Just think of it as a burger with a twist! Not the easiest thing to eat in a graceful manner (let’s just say I wouldn’t order it on a first date!) but still very tasty indeed.

Umamido is the best cure on a cold day, ideal for a quick bite during lunch time or a casual dinner with friends. Just remember to bring some cash as they don’t accept credit cards! 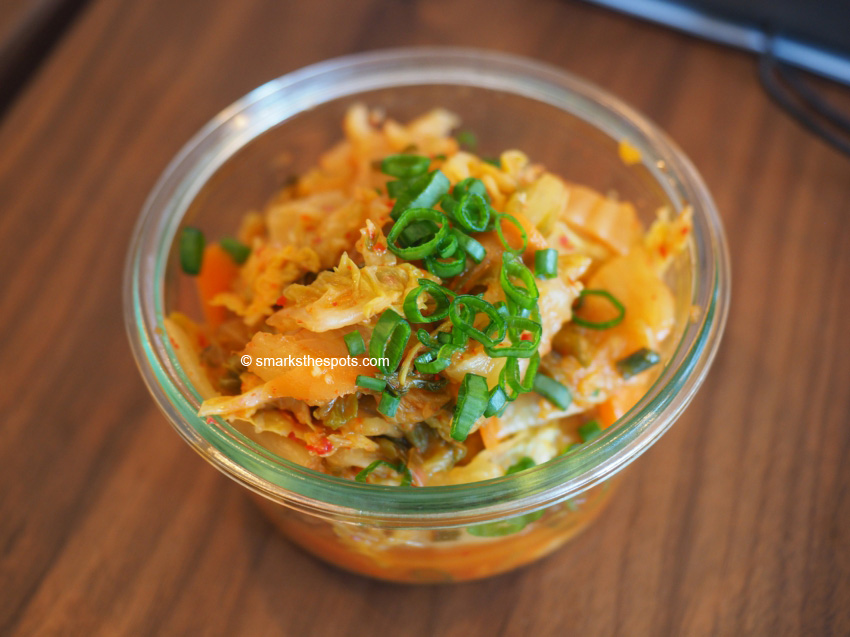 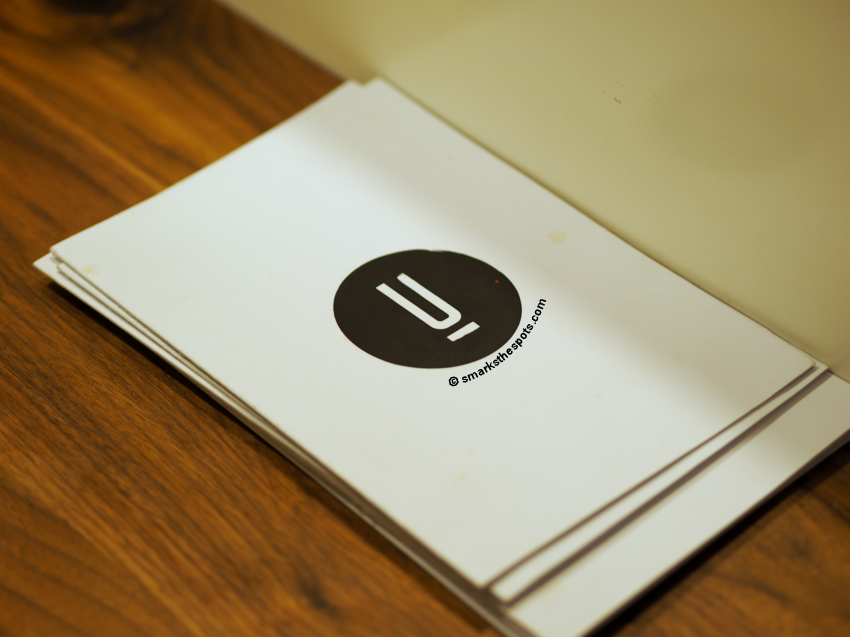 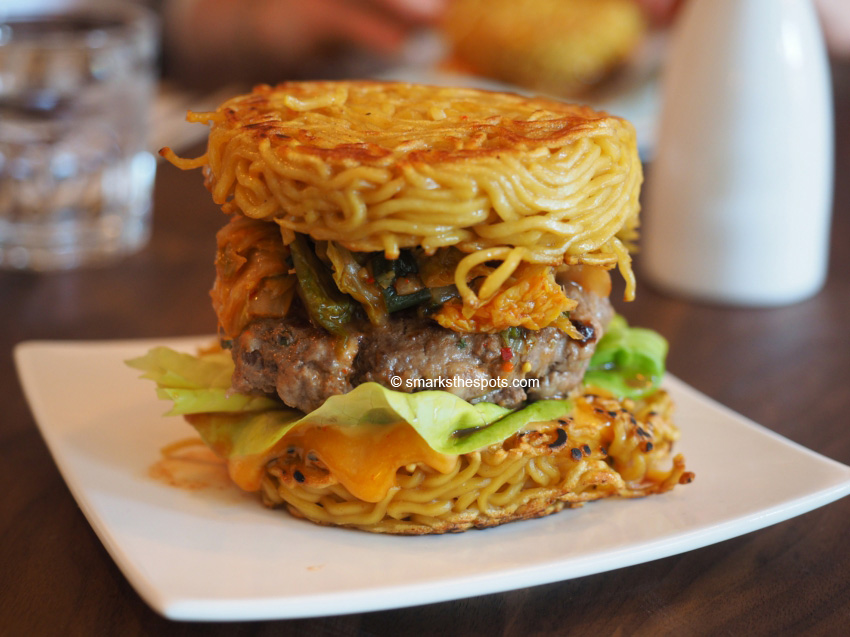 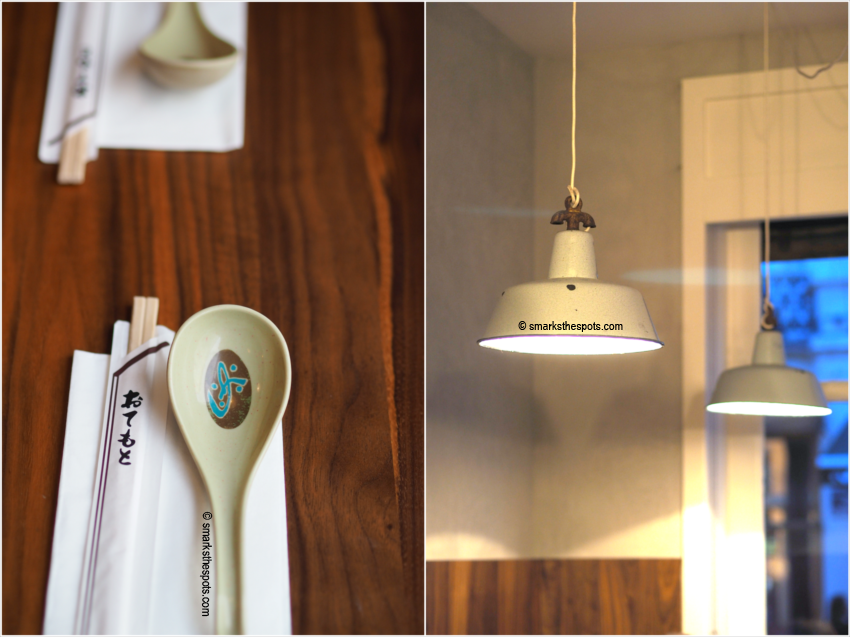 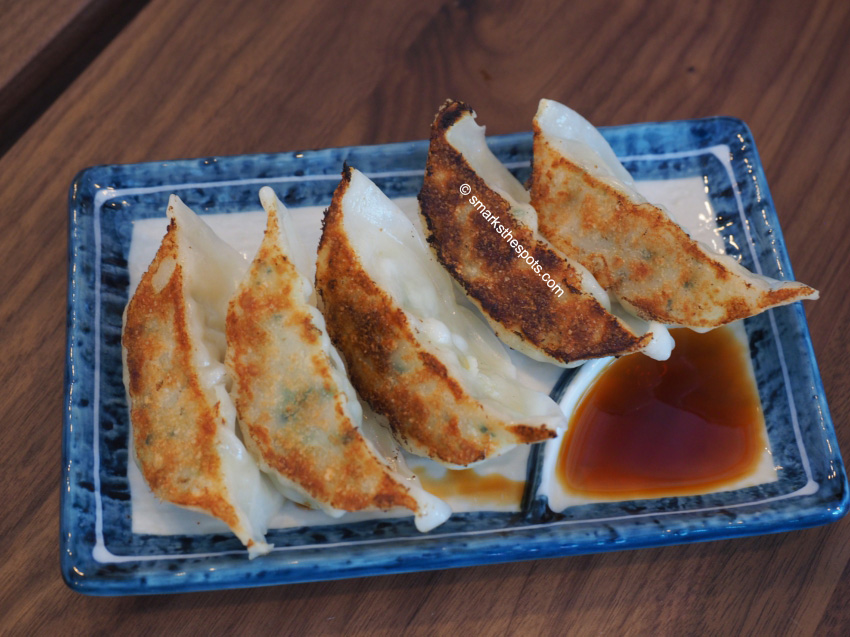 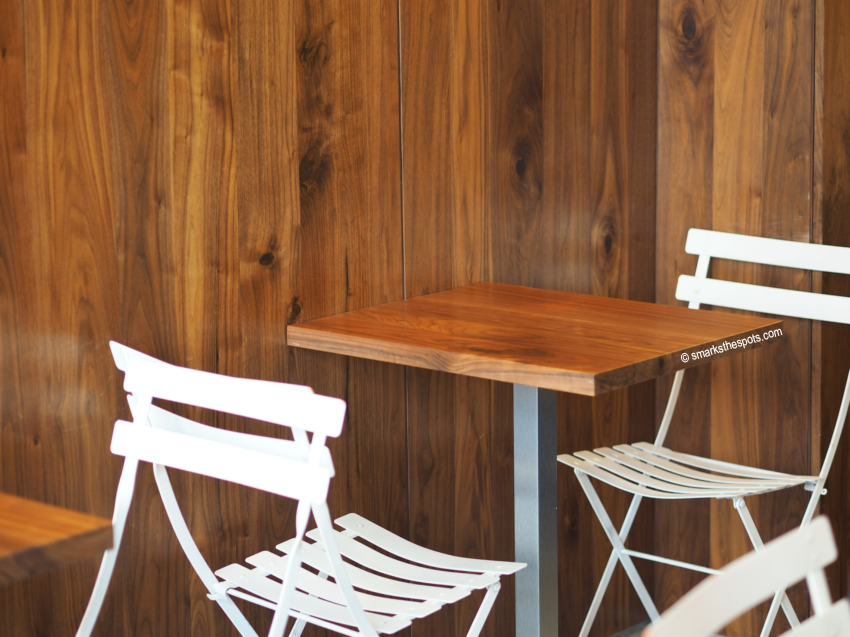 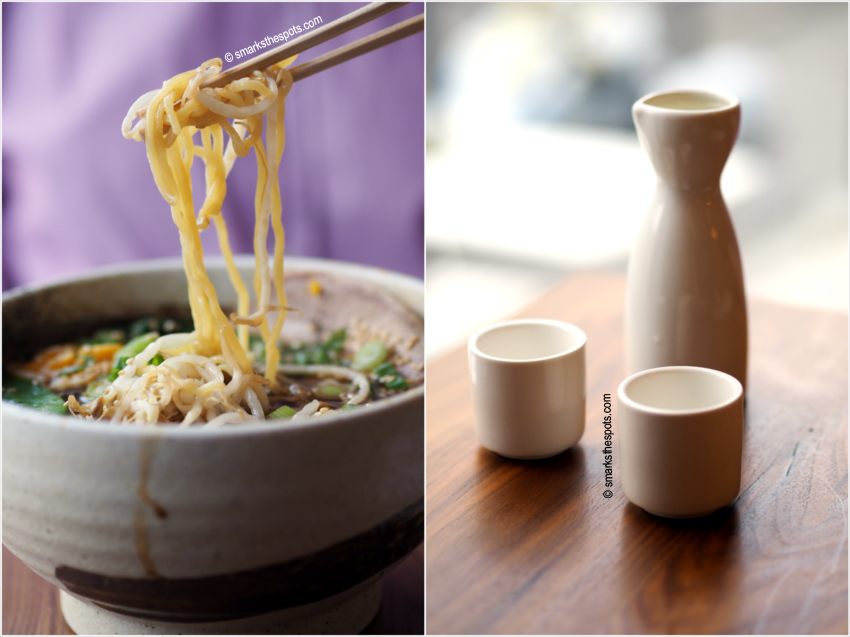 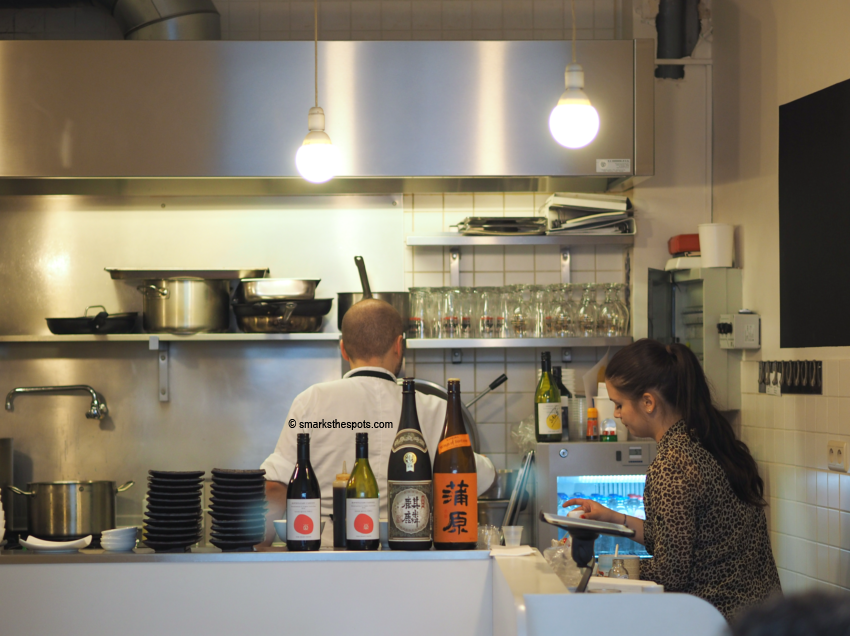 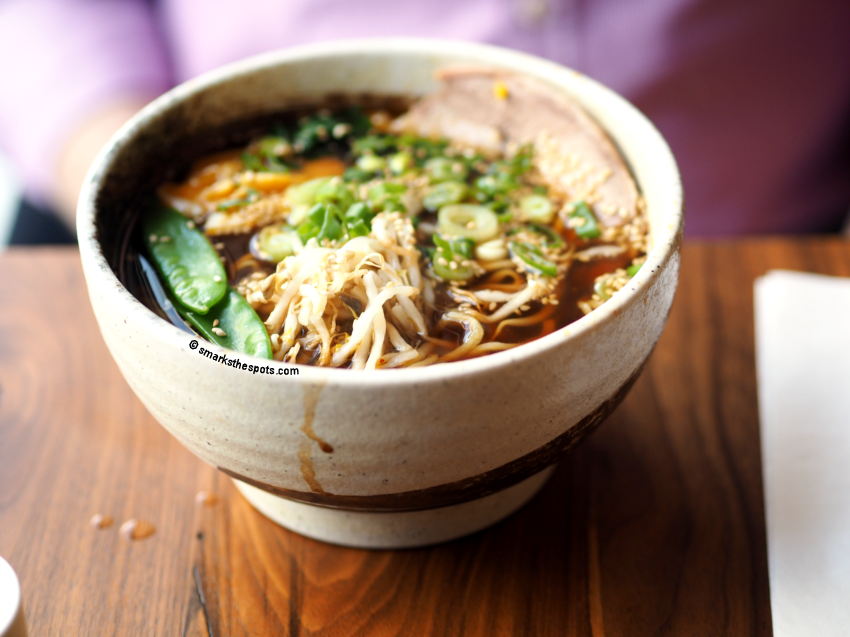 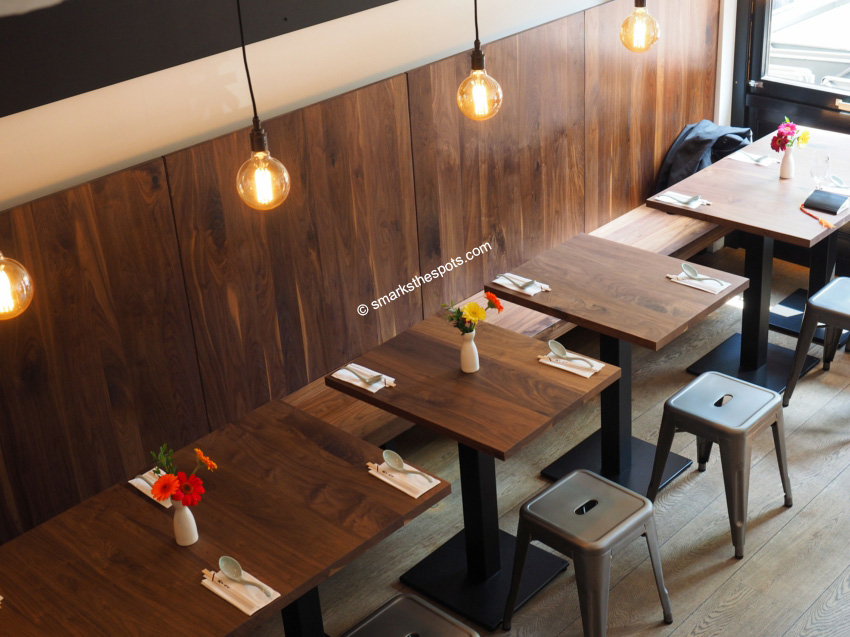 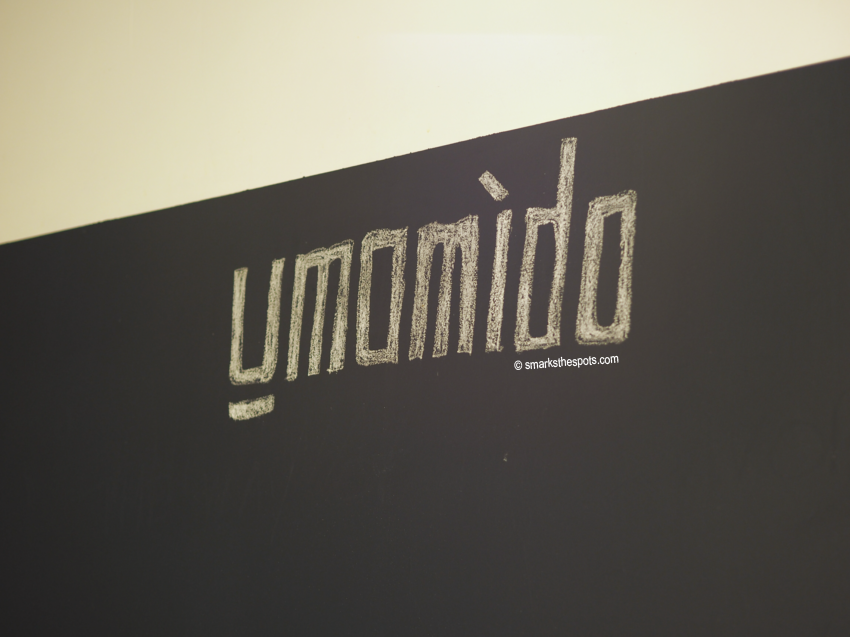