Regular readers of the blog probably remember this video I posted right after my road trip to the Basque Country and how much I loved this part of Europe. Of all the places I visited there were a couple that really amazed me, including San Juan de Gaztelugatxe. Little did I know back then that this seemingly out-of-the-radar, quiet spot would be featured in Game of Thrones, one of the most popular TV shows of all times, as the island fortress of “Dragonstone”!

The first time I ever heard about San Juan de Gaztelugatxe was actually way before Instagram or Game of Thrones. I’ve already shared the story on Instagram but it’s a special one, so I’ll repeat it here. I was sharing an office at a law firm in Brussels with a Polish colleague who had spent a semester in Bilbao as part of her Erasmus programme. One day we were working until late in the evening and were so tired that at some point, we decided to take a break and quickly go outside. It was rainy and windy but we were determined to get some fresh air. “If you could be teleported anywhere in the world right now, where would you go?”, she asked. I didn’t have to think twice – “Home, by the sea! How about you?”. “Right here”, she said and showed me a picture of beautiful place that seemed right off a postcard. “Is this even real? Where is it?”. And that’s when she told me all about this little island nested in the Basque coastline that is connected to the mainland by a stone bridge. I promised myself that some day, I would see San Juan de Gaztelugatxe up close and climb all its 241 stairs to the top of the rock.

A few years later, there I was – making my way up the narrow bridge, taking in the incredible views and stopping every other minute along the way for a photo, eager to capture as much as possible its wild beauty. At the very top there is a small church dedicated to John the Baptist which is believed to be more than 1000 years old. Legend has it that by ringing the bell outside the hermitage three times, you will be granted a wish and banish bad spirits. My wish had already come true but I rang it anyway for good measure! Historically, Gaztelugatxe has been used as a confrontation site for lords, kings and pirates. As for its name, it means “castle rock” and is a combination of the words “gaztelu” (castle) and “aitz” (rock) in Basque.

If you find yourselves in the Basque Country, make sure to visit San Juan de Gaztelugatxe. It’s such a beautiful place that pictures don’t do it justice. Now, a few practical tips: Pack your walking shoes (the stairs can be slippery) and a bottle of water as there are no small shops as you approach. If you go by car, like we did, you’ll have to leave it at the parking (you will find signs on the road between the small towns of Bakio and Bermeo) and hike for about half an hour to the coast – downhill to arrive and uphill as you return to the parking. Also, if you plan to visit during the summer, check your dates as the island is the goal of pilgrimages on June 24th, July 31st and August 29th, so it may be more crowded than usual. Last but not least, enjoy every minute of it – and maybe send me a picture on Instagram to let me know if you loved it as much as I did?! 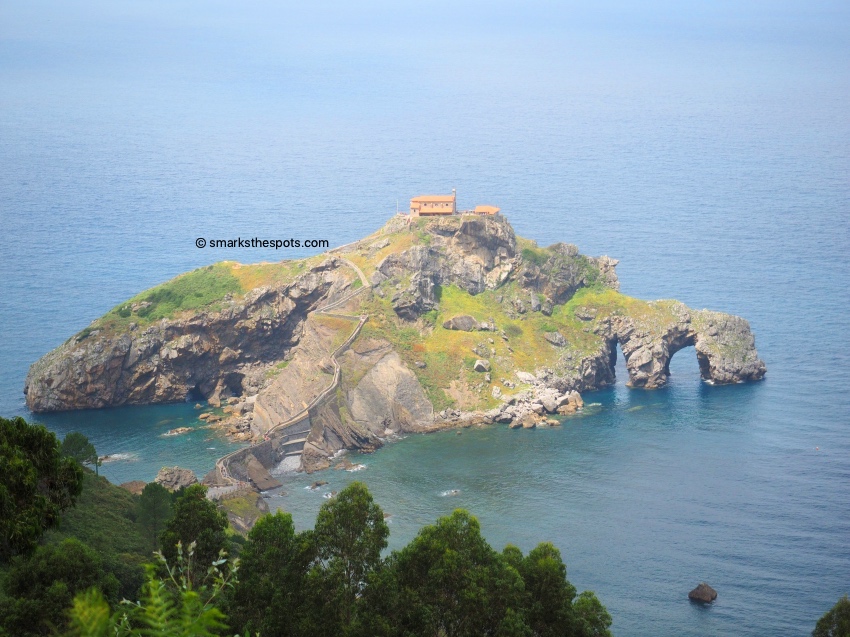 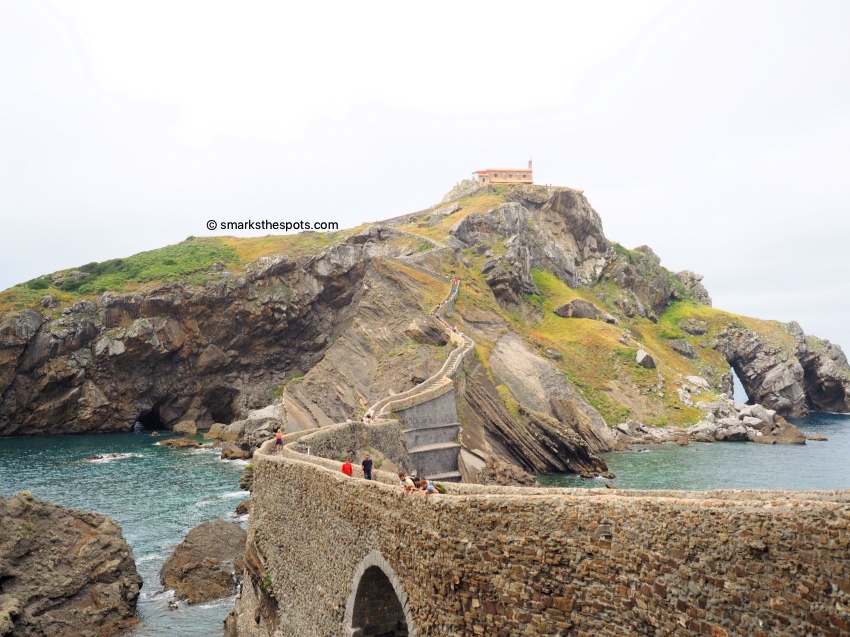 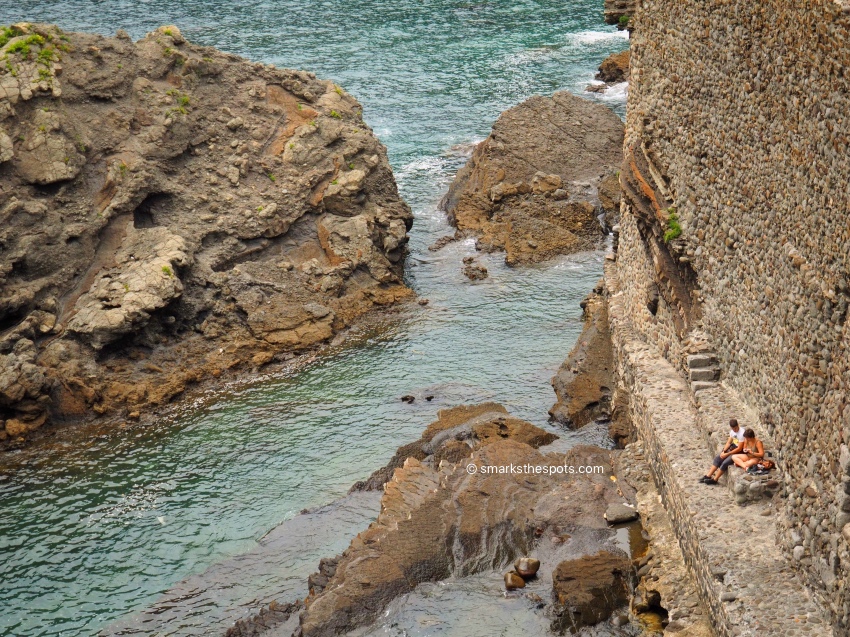 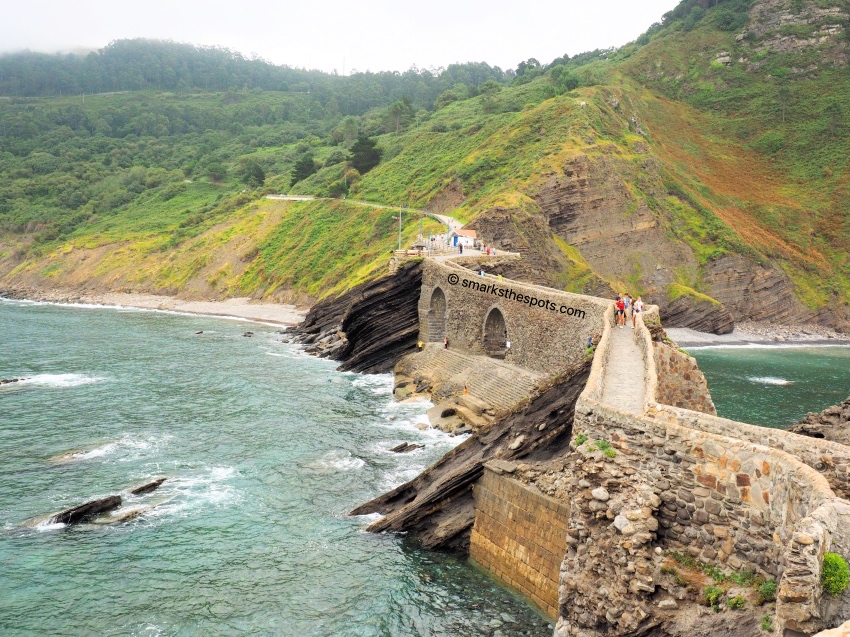 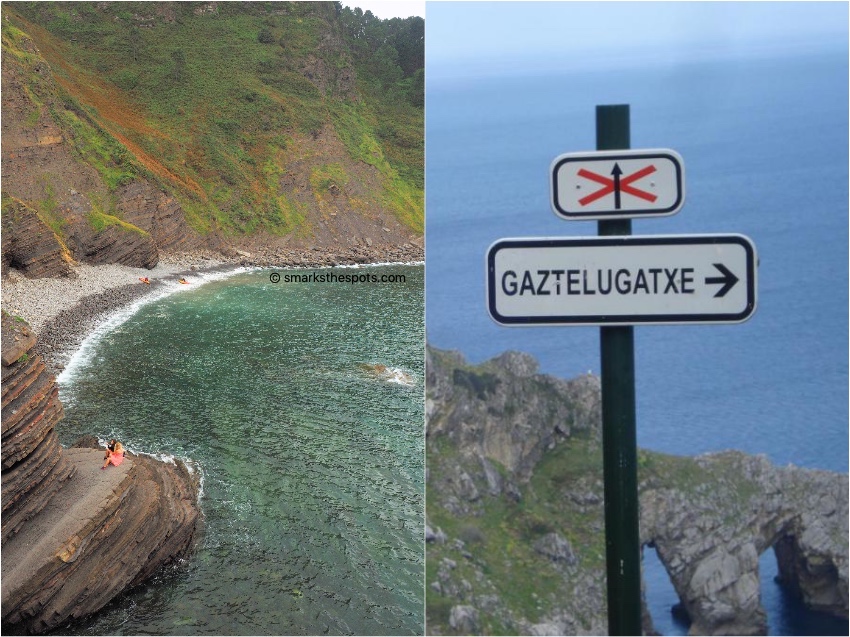 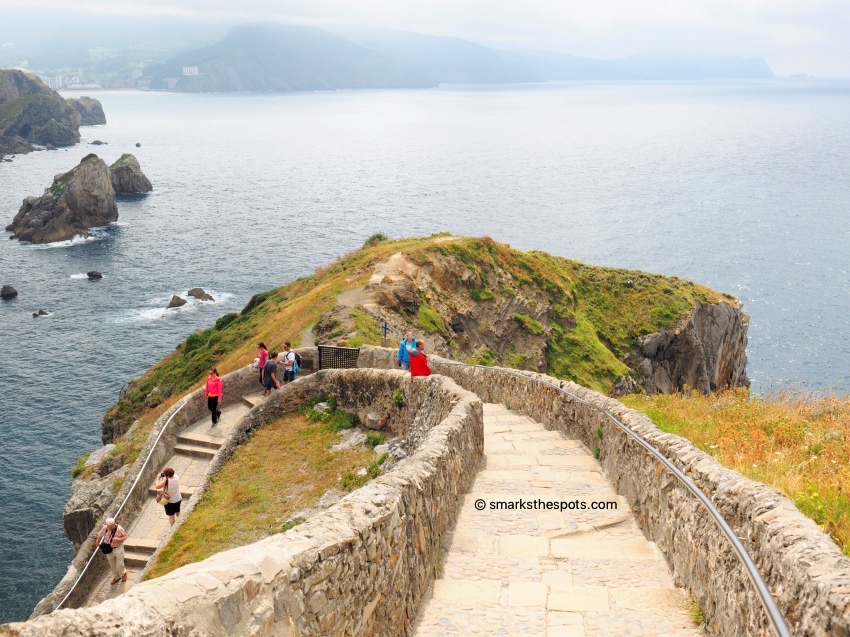 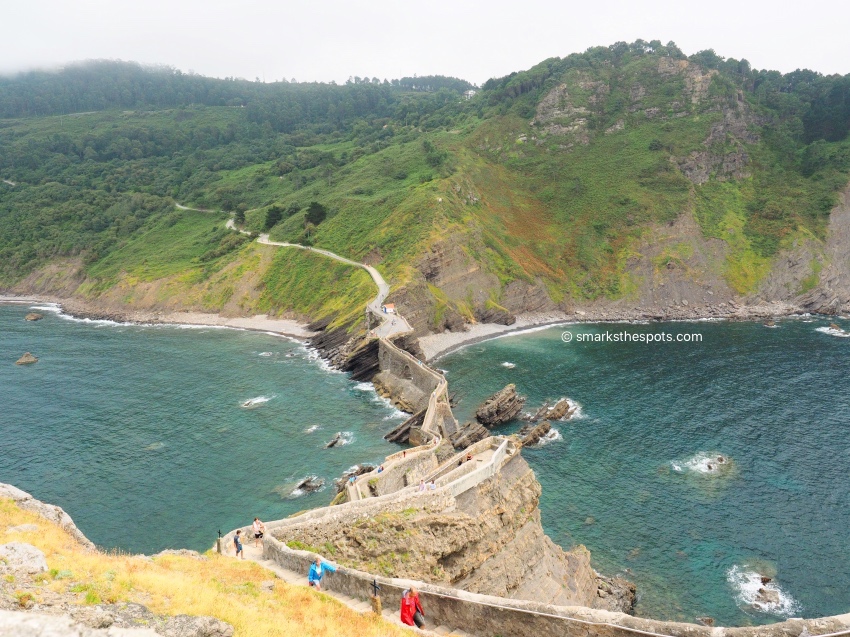 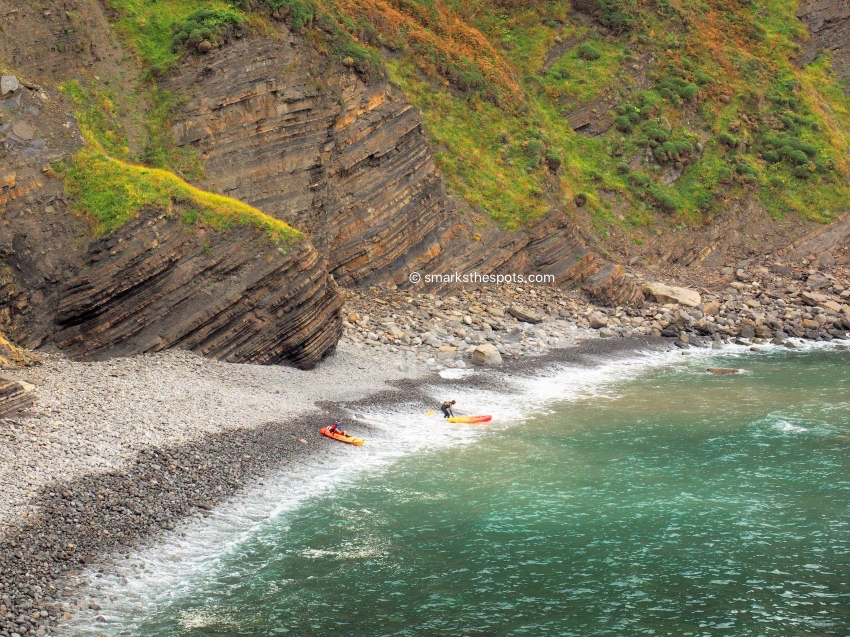 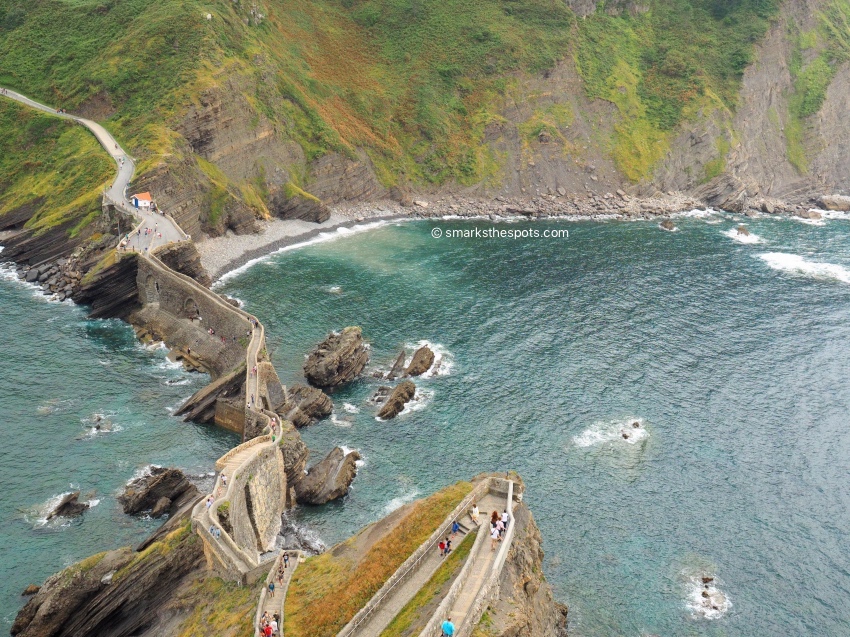