If someone gave me a blank canvas to draw my dream city, it would look like San Sebastian. Beautiful Belle Époque and neo-classical buildings, long sandy beaches, gardens with colorful blooms, elegant shops and lively narrow streets lined with pintxo bars and Michelin starred restaurants. Heaven is a place in the Basque country!

San Sebastian (or Donostia in Basque) was the last stop of a great road trip and in retrospect, it was the best choice to end things on a high note. So much so that I’m already looking forward to my next trip there – only this time the plan will be to spend at least 4-5 days enjoying this lovely city and everything it has to offer. Although small in scale, San Sebastian has a lot going on, including an annual film festival organised every September.

And now let me tell you about all the foodie spots I’ve tried! With more Michelin-starred restaurants per capita than Paris and loads of pintxo bars, San Sebastian’s reputation as a mecca for foodies is well deserved. My only difficulty was deciding which spots I would visit. Instead of going for a fine dining experience (with Arzak, Mugaritz,Martin Berasategui and Akelarre being the most prominent options), I opted for txikiteo, i.e. going bar hopping for pintxos and a glass of txakoli, a slightly sparkling Basque white wine, in each.

What are pintxos you may ask? Their name comes from the Spanish verb ”pinchar” (to pierce) as they were traditionally pierced with a toothpick to keep whatever the food from falling off the bread. They may sound similar to tapas but are far more complicated and involve much more effort in their preparation and ingredients. Pintxos in San Sebastian are said to be the best in the Basque Country. The Old Town is dotted with different pintxos bars, some of which are tourist traps. Most bars have a counter covered with platters of various pintxos and some also have a menu. I really loved La Cepa (try their thinly sliced jamón ibérico de bellota), La Cuchara de San Telmo (the carrilleras de ternera and txipiron relleno were delicious) and La Viña where I had their signature cheesecake – the best I’ve ever had. Creamy, fluffy and dished out in huge portions, it’s simply amazing. I may or may have not bought some more to have for breakfast the next day! Sadly I didn’t try the legendary tortilla of Bar Nestor (they only make two daily, one at 1pm and the other at 8pm, and you have to reserve them in advance) but I did get to go to Sakona Coffee Roasters, an airy and modern third-wave coffee shop right by the river on the Gros side of town.

I’ll leave you with a few pictures I took while strolling around the Paseo Nuevo, the Playa de la Concha and La Parte Vieja. Just seeing them makes me so nostalgic! Maybe we get to meet again really soon, San Sebastian! 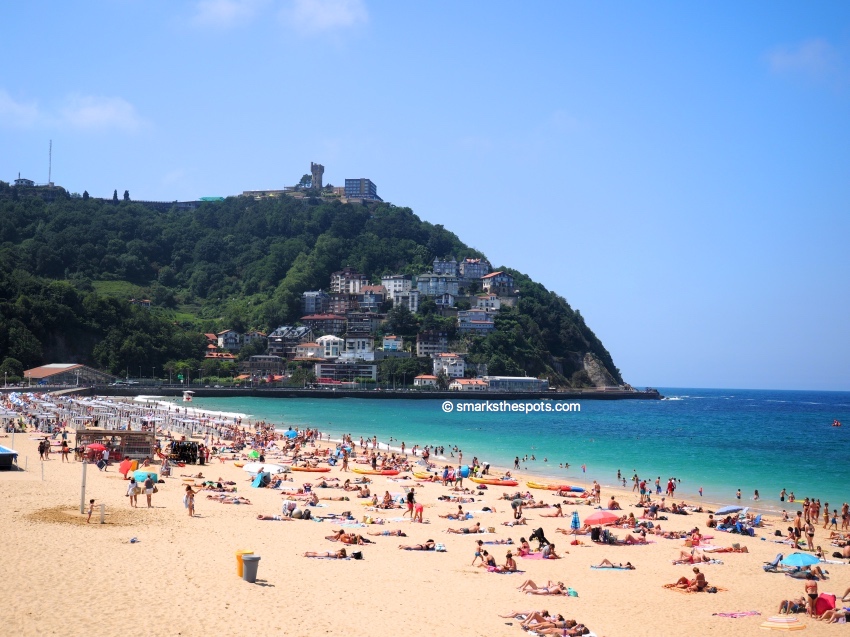 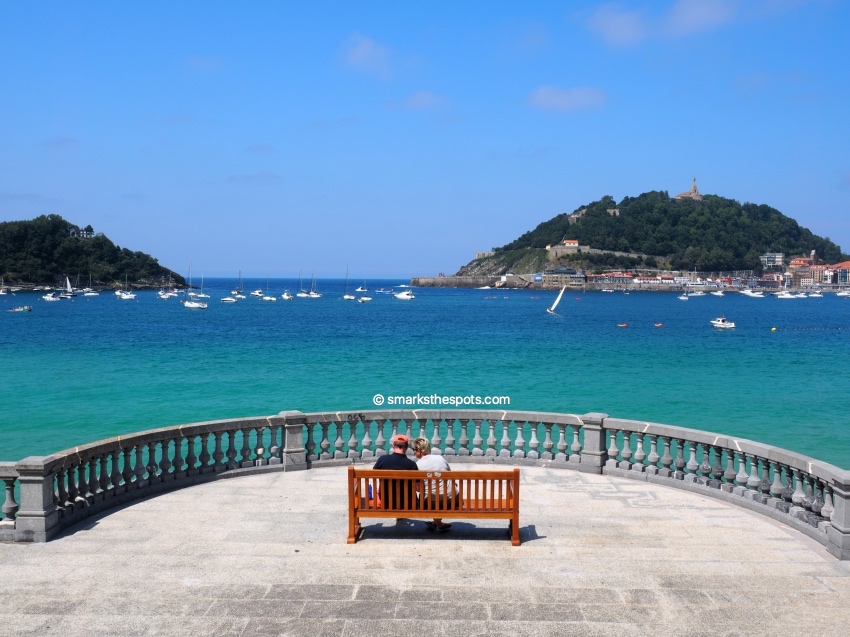 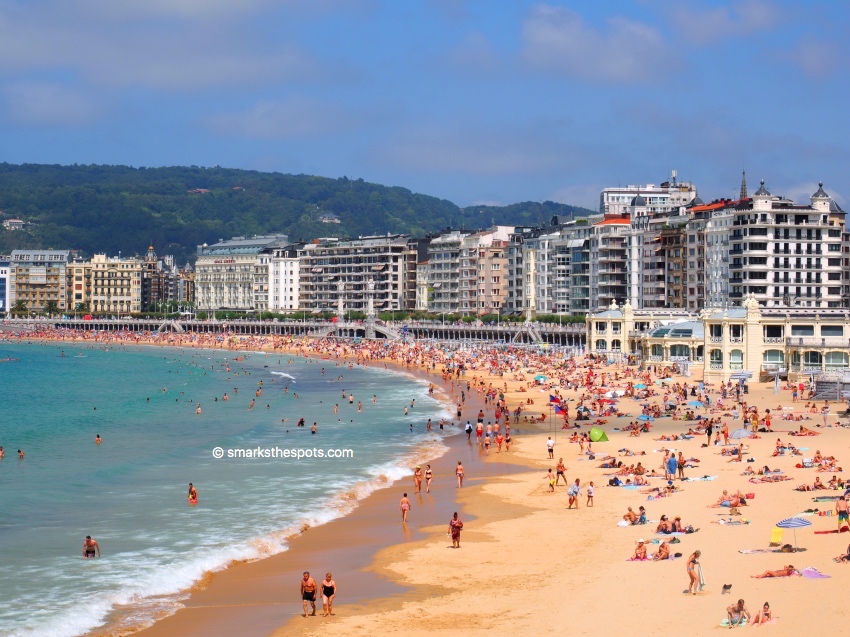 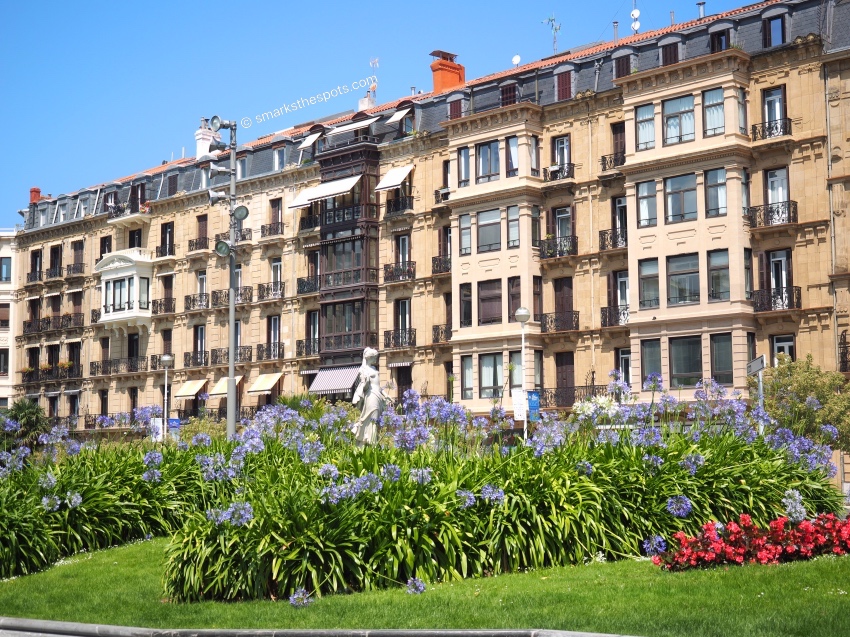 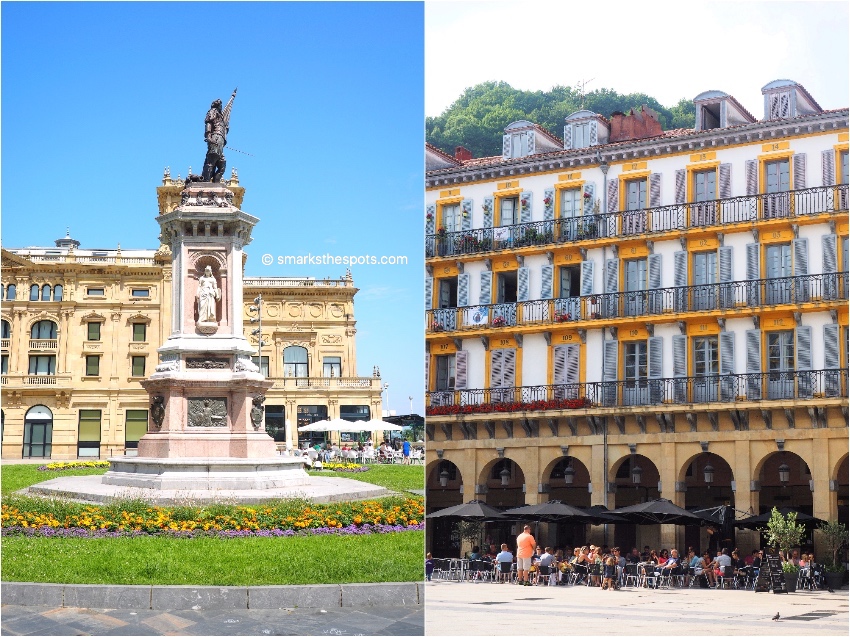 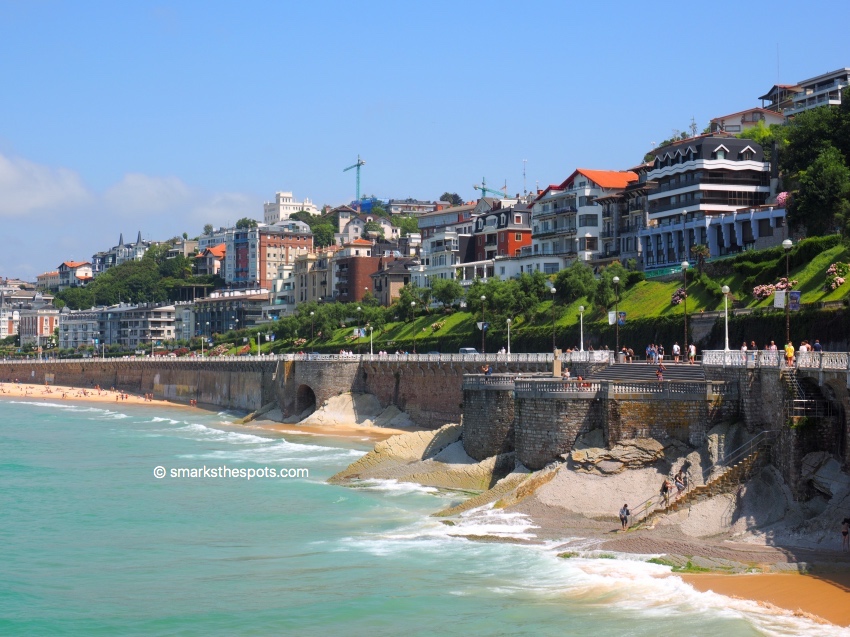 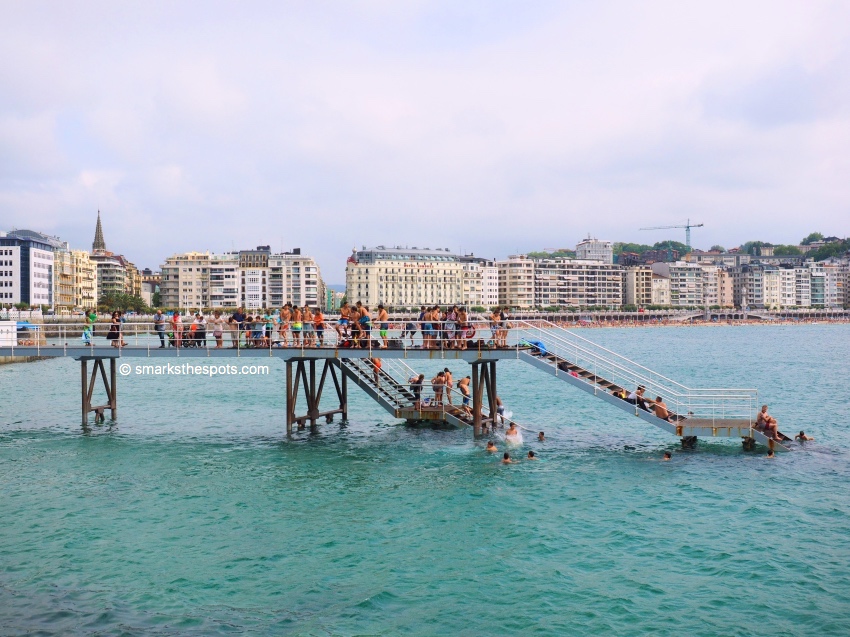 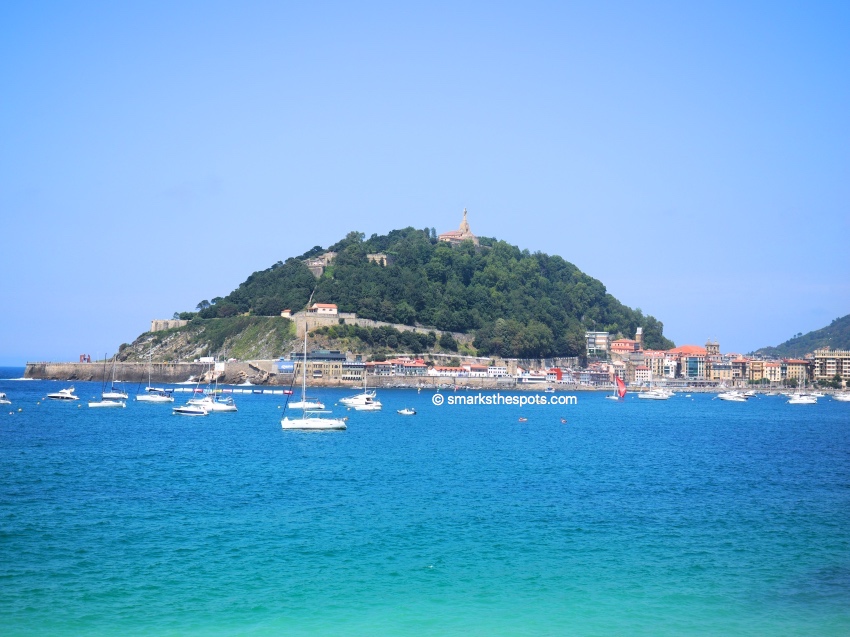 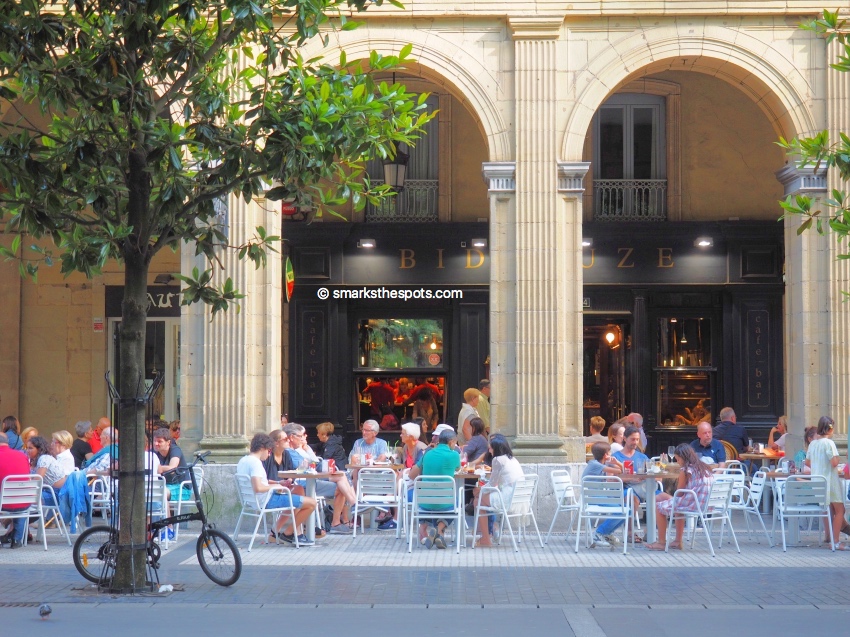 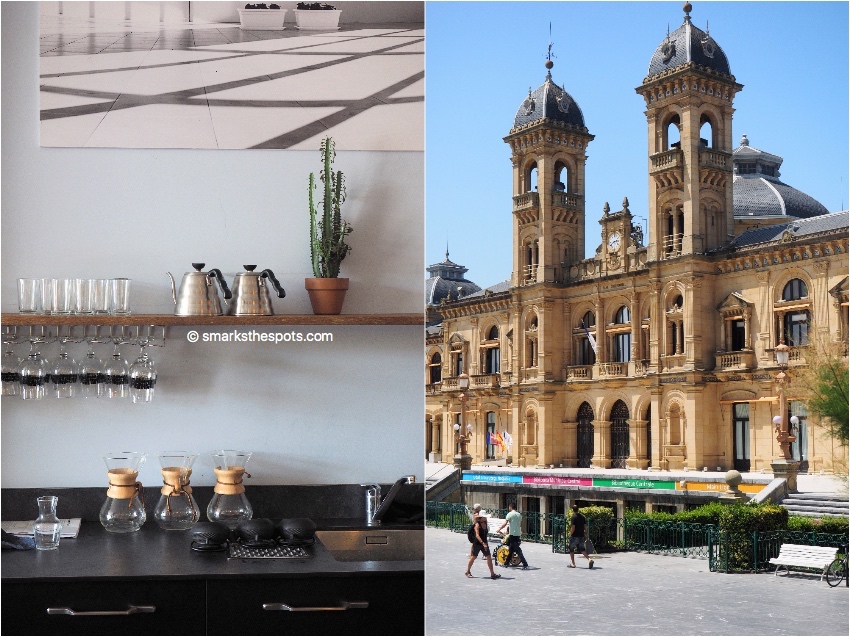 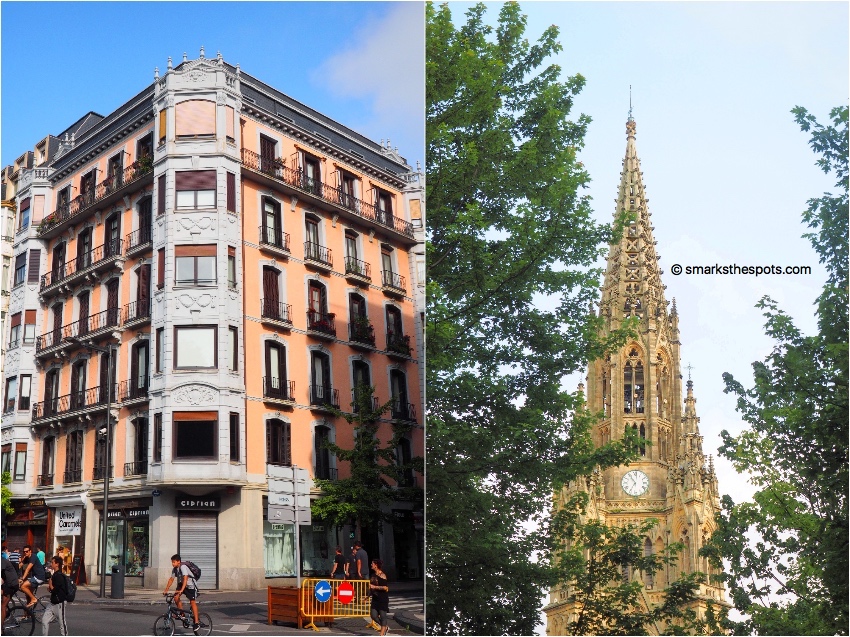 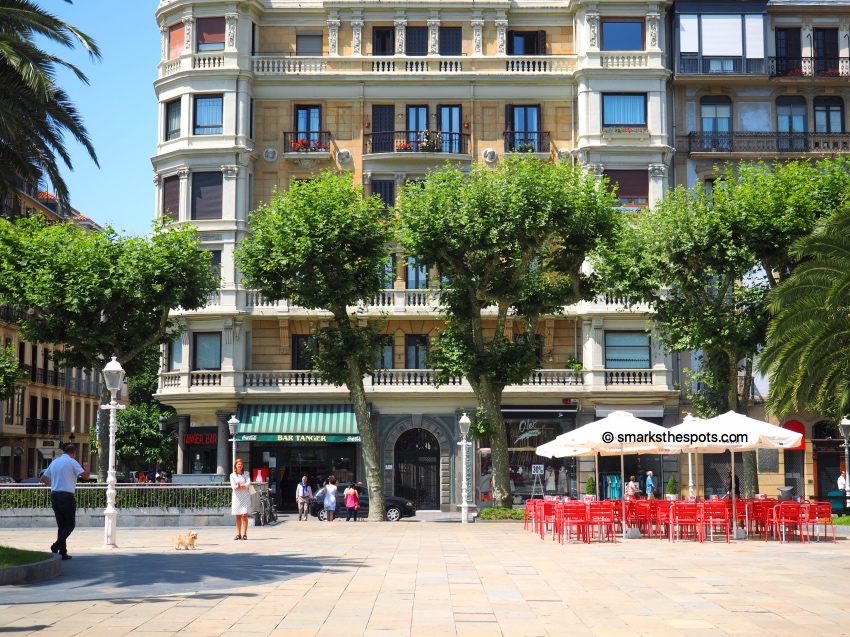