Paris will always have my heart. Not only is it the most beautiful city in the whole world but I also have the best memories from the years I lived there. I have walked its streets, admired its architecture, sat by the Seine, explored its museums yet there’s one thing I’ve never done: leave a love lock on one of its iconic bridges.

For years couples in love have been going to Paris to attach padlocks engraved with their initials or words of affection on the railings of the Pont des Arts and Pont de l’Archevêché. The tradition of love locks goes way back in Serbia during WWI where women, after seeing a young lady being left by her fiancé for another woman and die devastated not too long afterwards, started writing down their lovers’ names on padlocks and fastening them to the bridge where the couple used to meet. Heartbreaking, right? Over the years love locks starting appearing in different cities all round the world, including the City of Light around 2008. Did you know that choosing where to leave your love lock has a special meaning? While the Pont de l’Archevêché is for lovers, Pont des Arts is for your committed love.

And just like the romance that gave rise to the love locks, it seems that they’re coming to an end. Although I do find them quite romantic (I’m sure my Parisian friends are rolling their eyes as they read this!), I realize that they cause damage to the structures and are far from being part of a local tradition as people might think. While the city authorities have started to replace the lock-laden railings with thick glass panels, couples are asked to upload love selfies, with a #lovewithoutlocks official hashtag no less, rather than fastening heavy love locks on the bridges or even the Eiffer Tower. On my last visit, I spotted some in Pont Neuf, just opposite La Samaritaine, and wanted to share them with you before they disappear for good too. After all, love locks may come and go but Paris and I will always have each other. 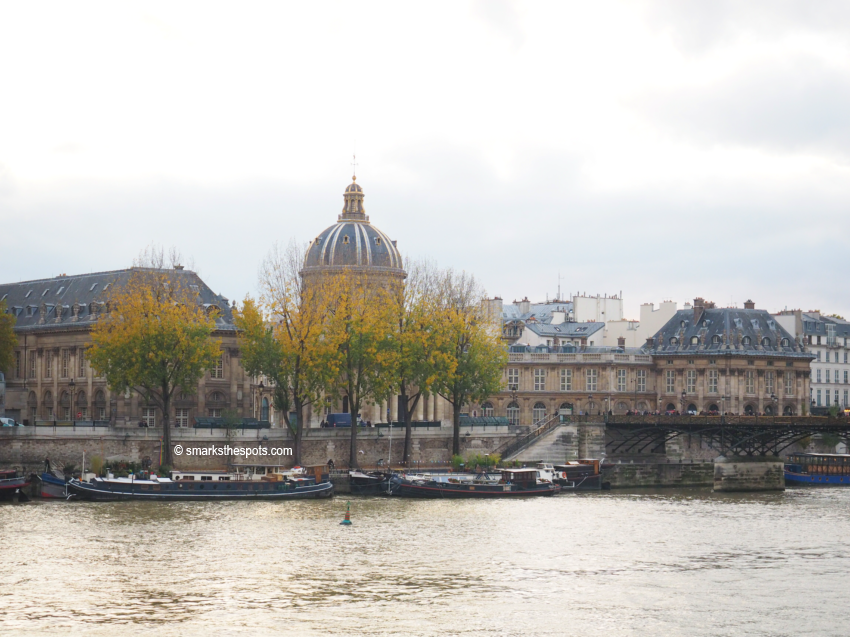 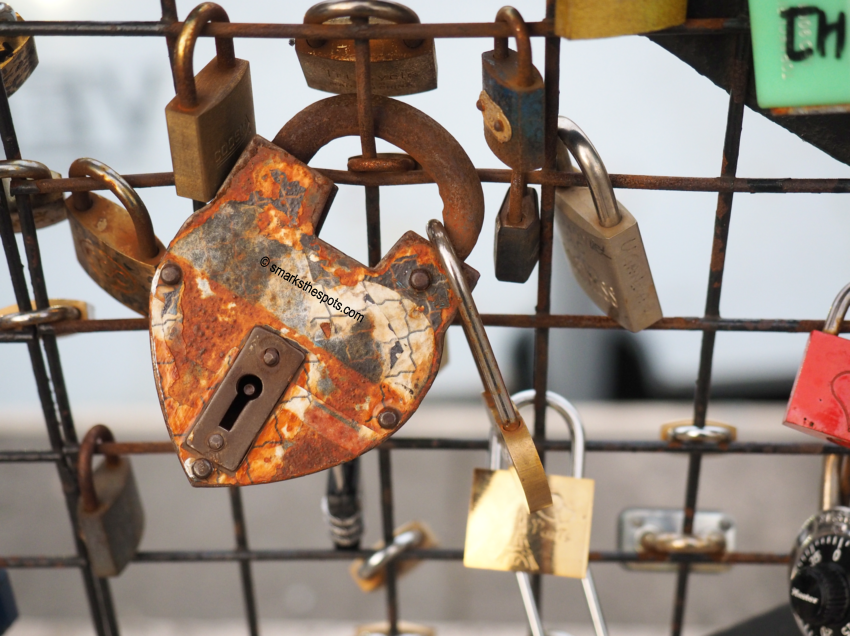 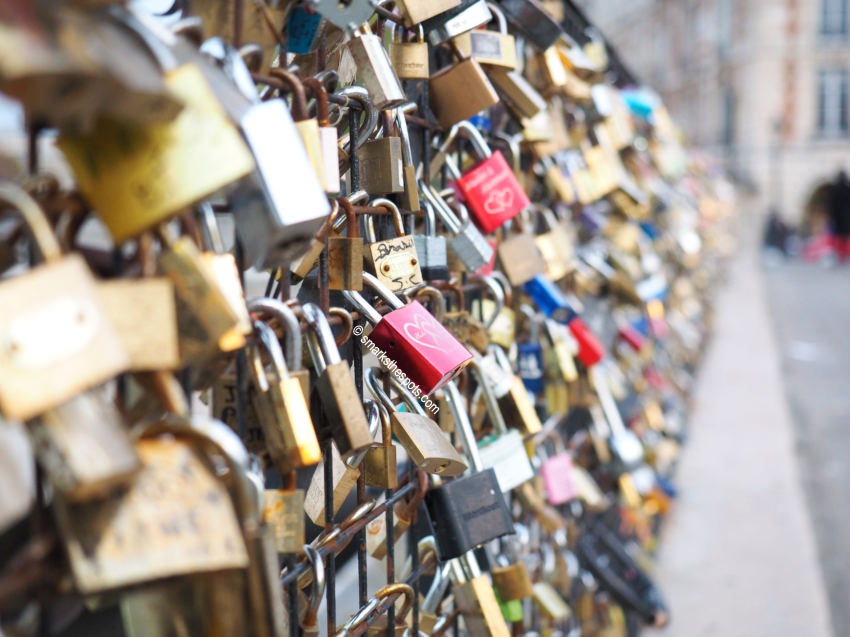 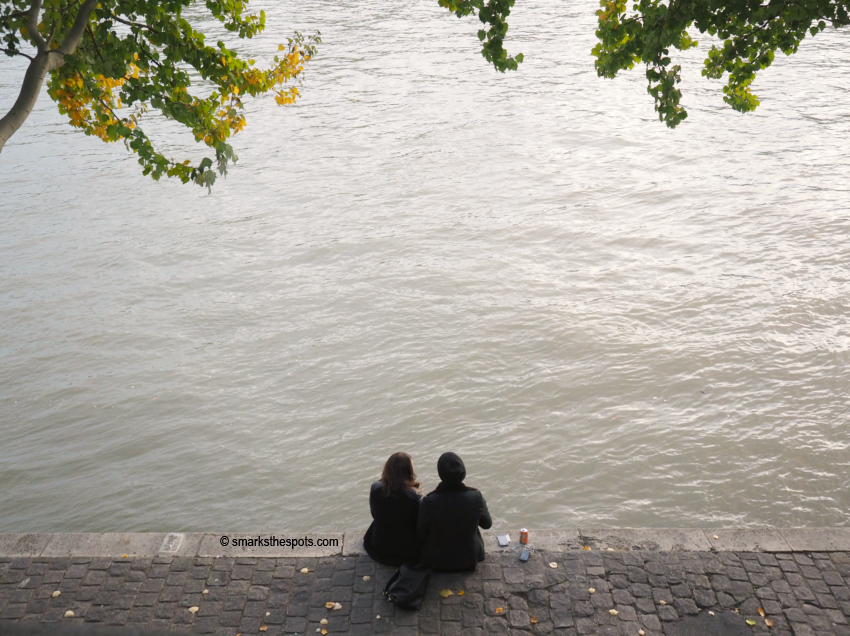 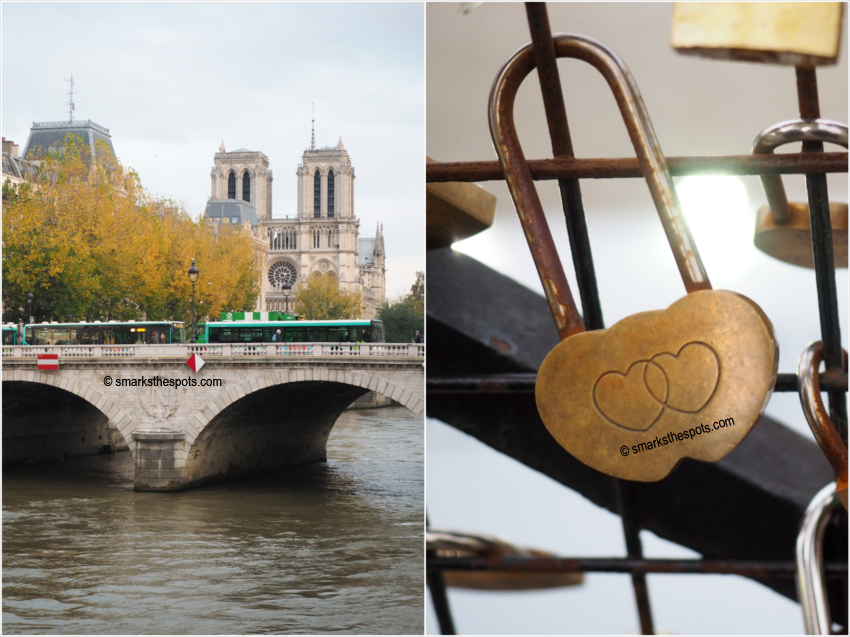 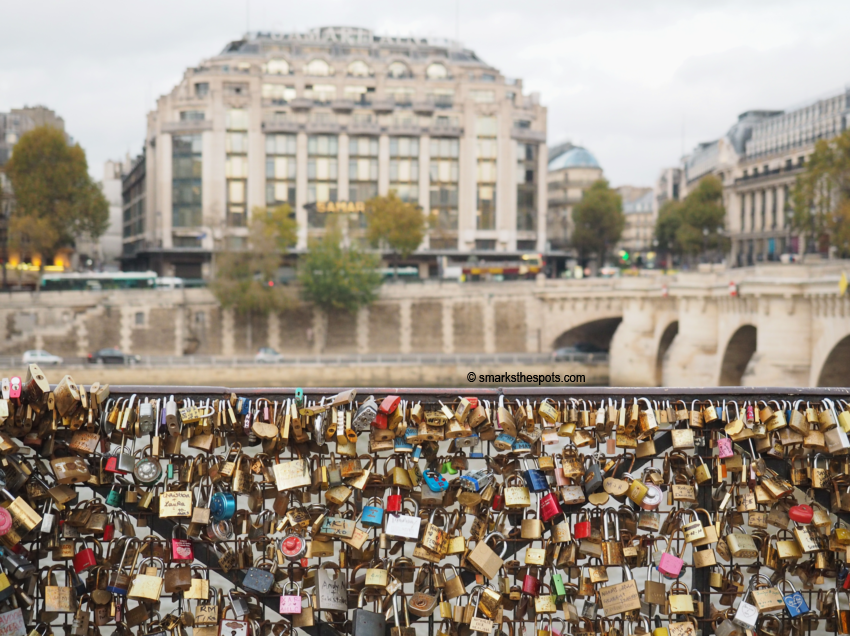 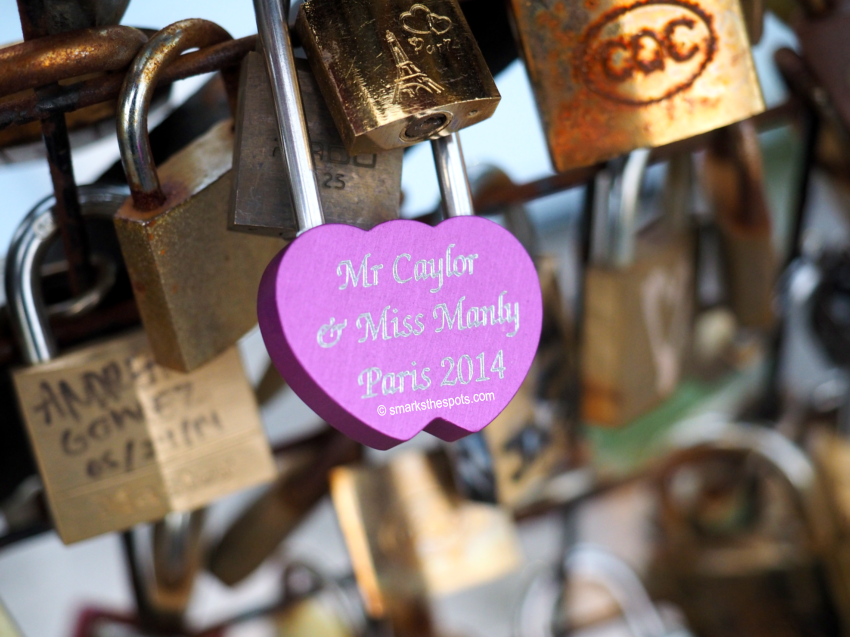 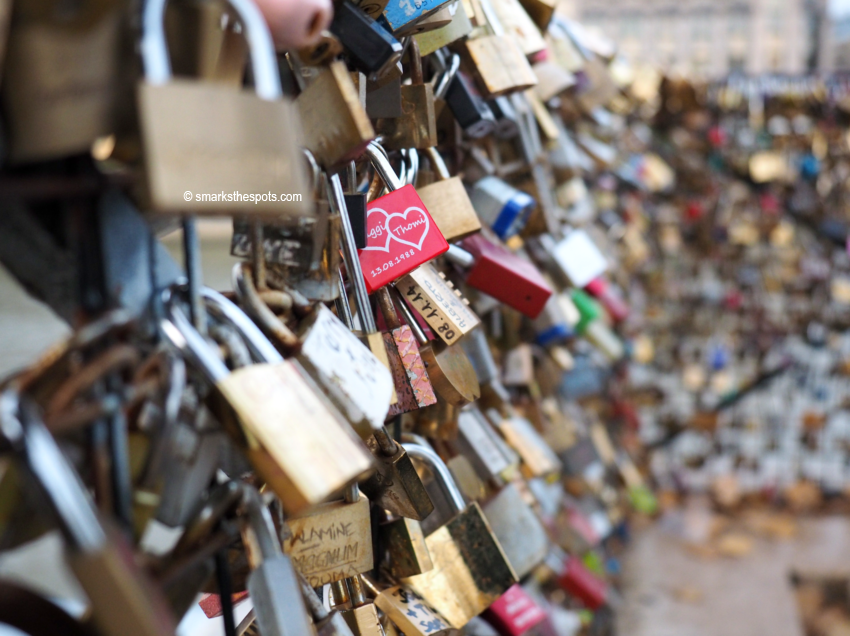 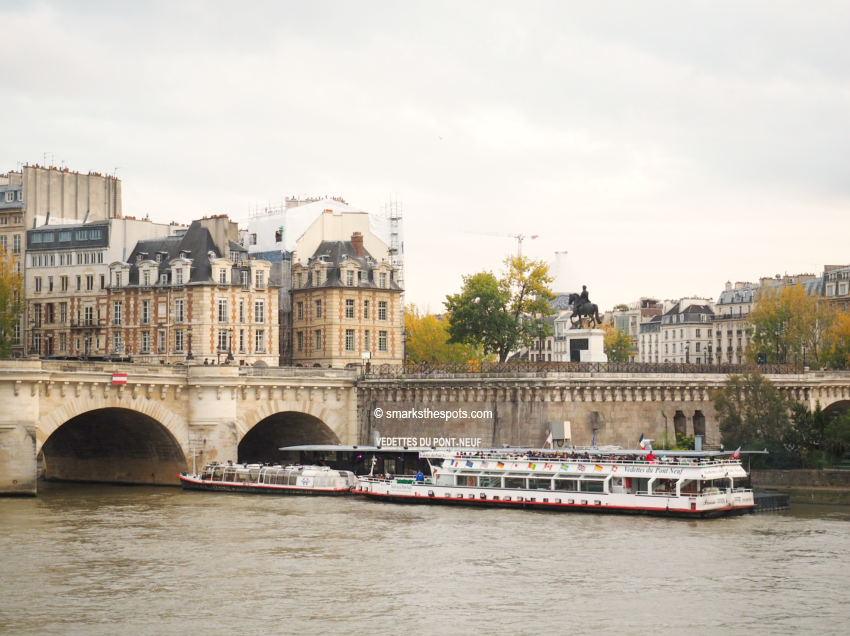 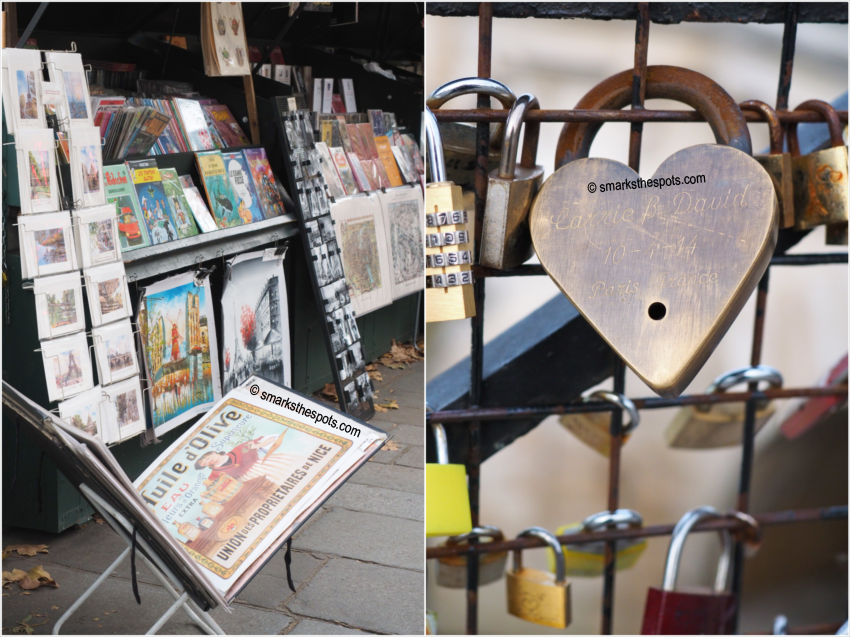 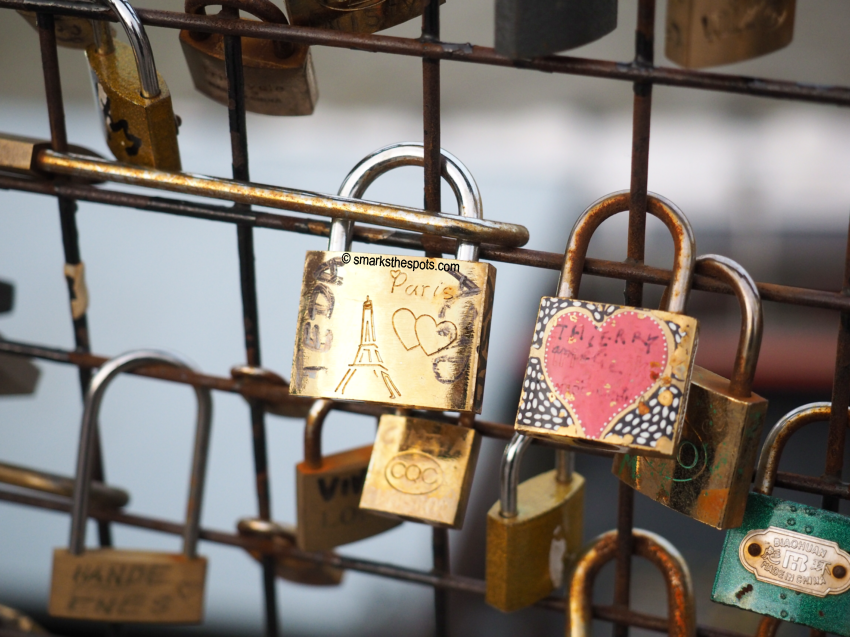