If you follow me on Instagram, you probably remember this picture. Quite impressive, right? Ever since the Fondation Louis Vuitton opened its doors to the public, I was dying to go and see it up close. A short while ago, I finally got to visit it and it was more spectacular than I had imagined.

Set in a pool of floating water in the Bois de Boulogne, this spot is unlike any museum you’ve ever seen. Commissioned by Bernard Arnault, the chairman of LVMH who’s also one of the richest men in France, the Fondation Louis Vuitton is a contemporary art museum and cultural centre. The building was designed by Frank Gehry, the architect behind the monumental Guggenheim in Bilbao and the Cinémathèque Française in Paris, and took a dozen years of construction work. In the place of the old concrete bowling alley now stands an elaborate construction made up of twelve curved glass panels supported by webs of steel and wooden beams. Some say that the panels are reminiscent of wind-filled sails of a ship or clouds but to me, the structure looks like a modern crystal palace. One of the most interesting things I noticed was how the building interacts with its surroundings as the sky and tress are reflected on the panels creating an illusion of movement.

After admiring the permanent exhibitions and visiting the concert hall on the ground floor, I headed upstairs to the terraces. The views of the Parisian skyline and the Jardin d’Acclimatation were really magical! From the adjacent Jardin d’Acclimatation, Marcel Proust’s favourite haunt, to the Eiffel Tower and La Défense district, it was a photographer’s dream – I literally couldn’t stop taking pictures. I was also lucky enough to visit the Fondation Louis Vuitton while Daniel Buren’s art installation, “Observatory of Light”, was on. The building was dressed in an array of vivid colours in strips that created a kaleidoscopic effect. The reflections inside the space were changing depending on the light and accentuated the beauty of the architecture.

The Fondation Louis Vuitton is really something special. Pick a sunny day and get ready to be amazed by one of the most compelling works of architecture in Paris since the construction of Centre Pompidou! 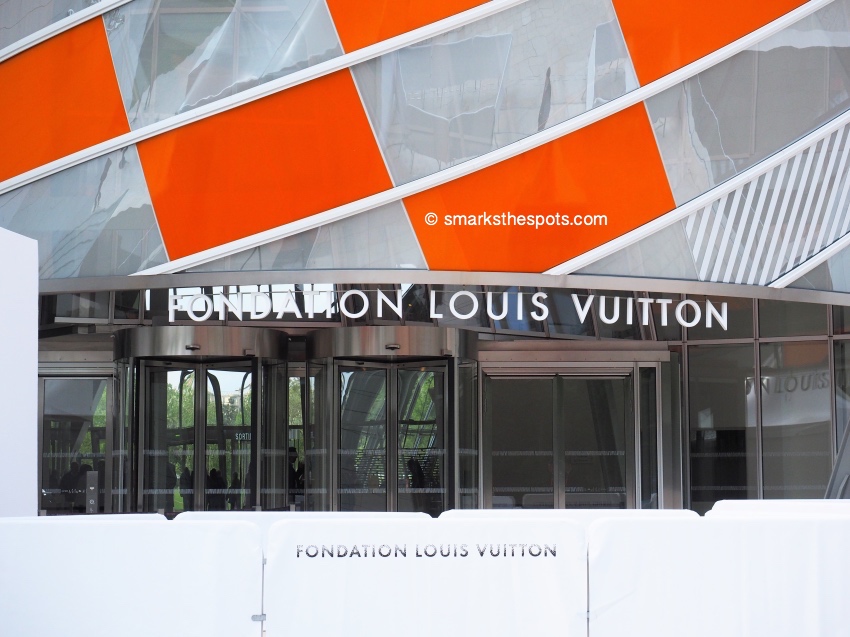 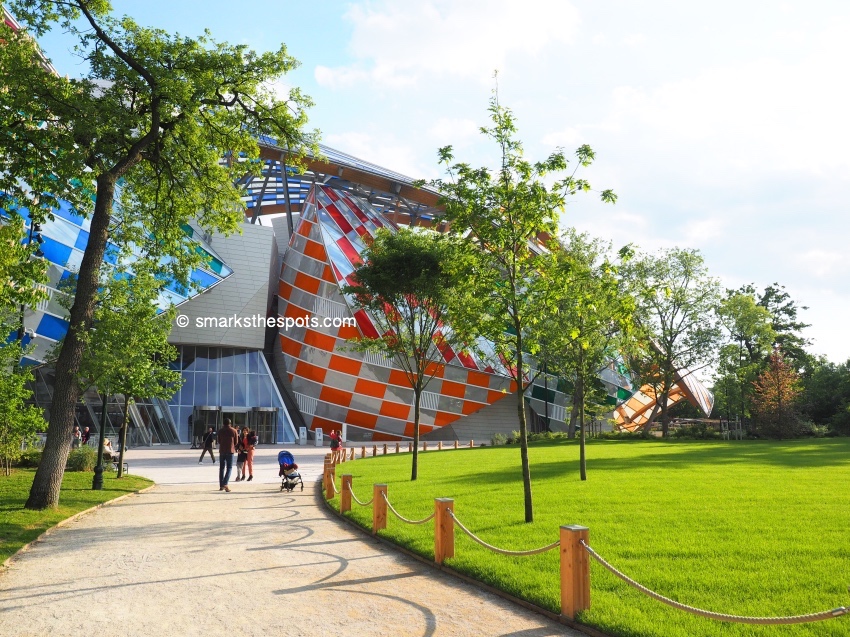 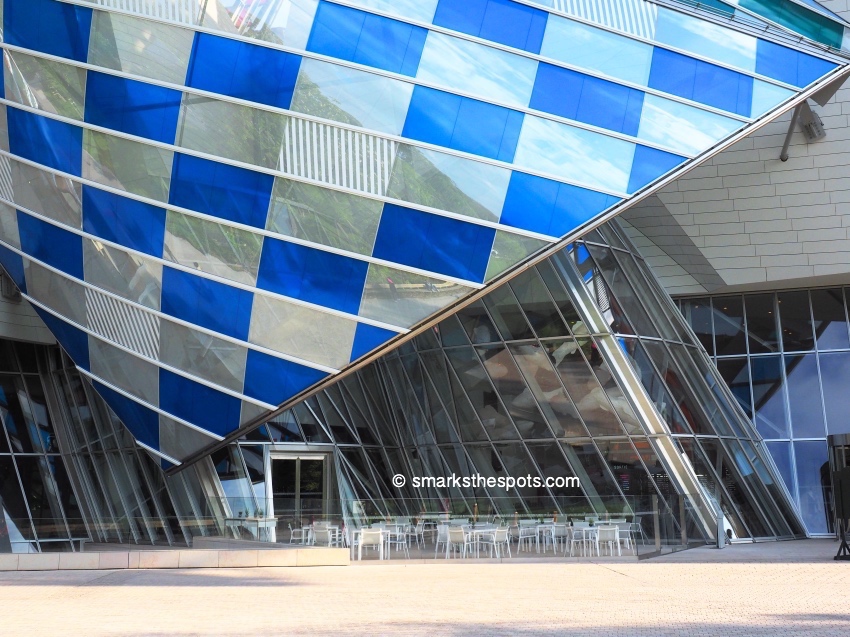 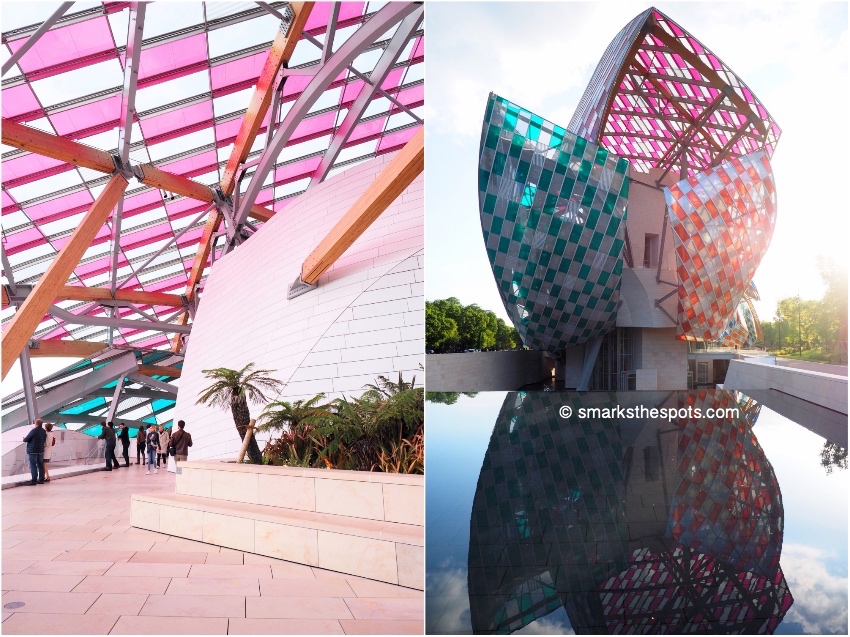 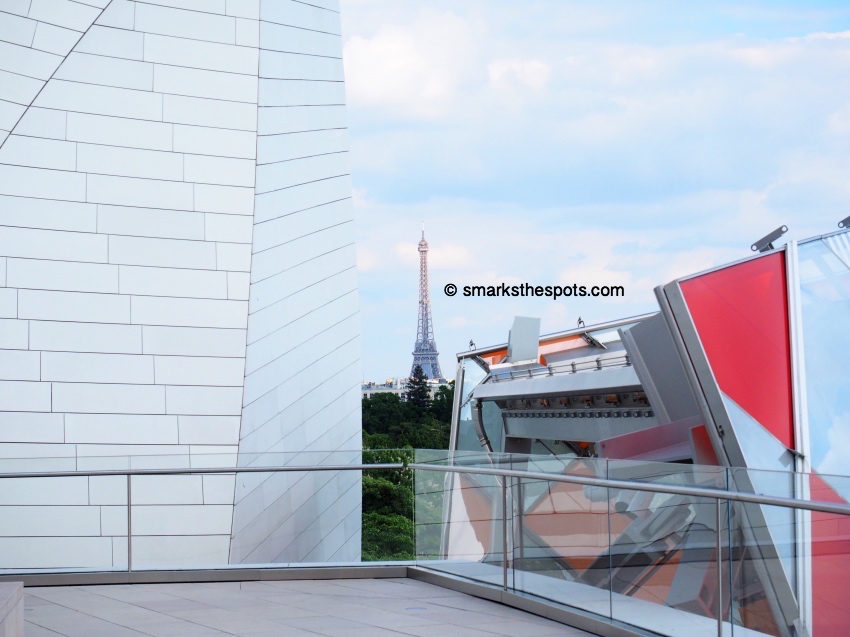 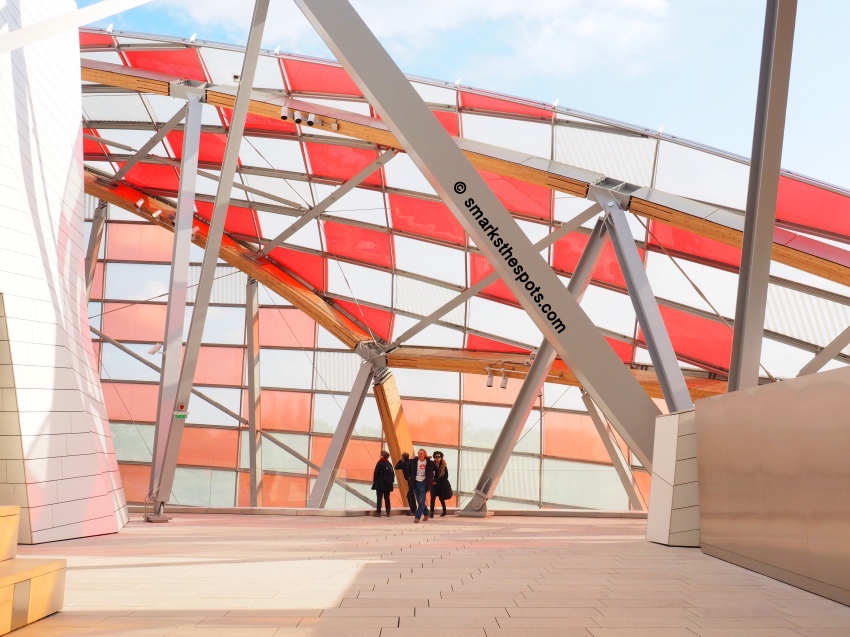 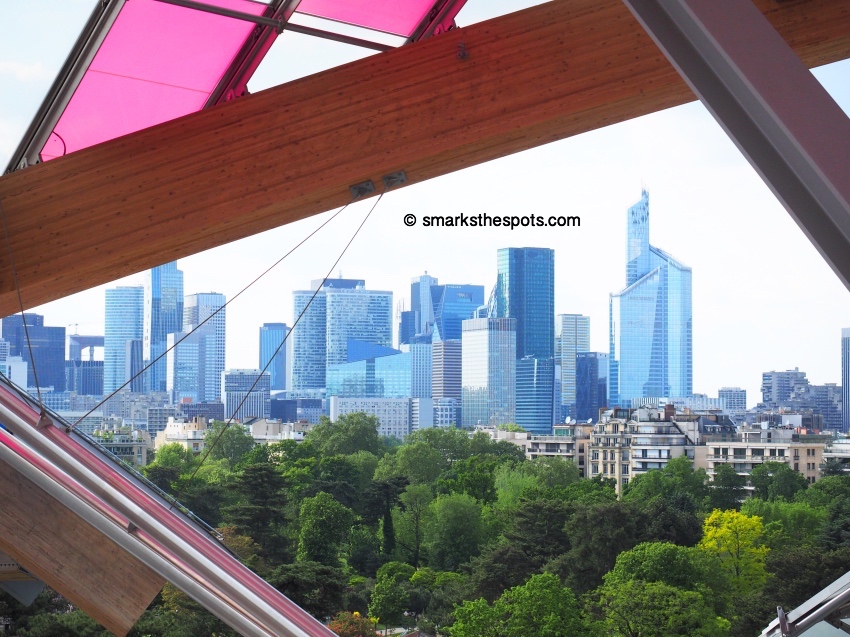 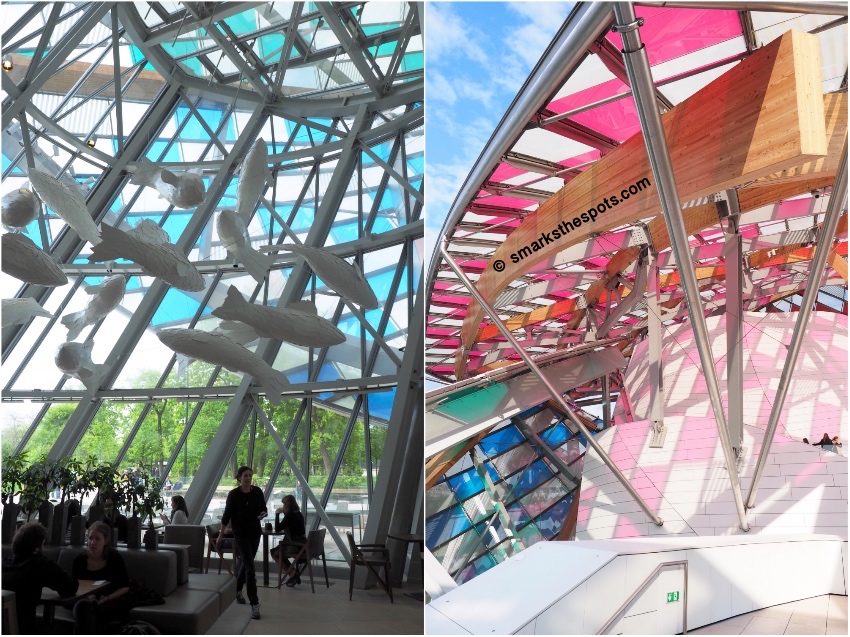 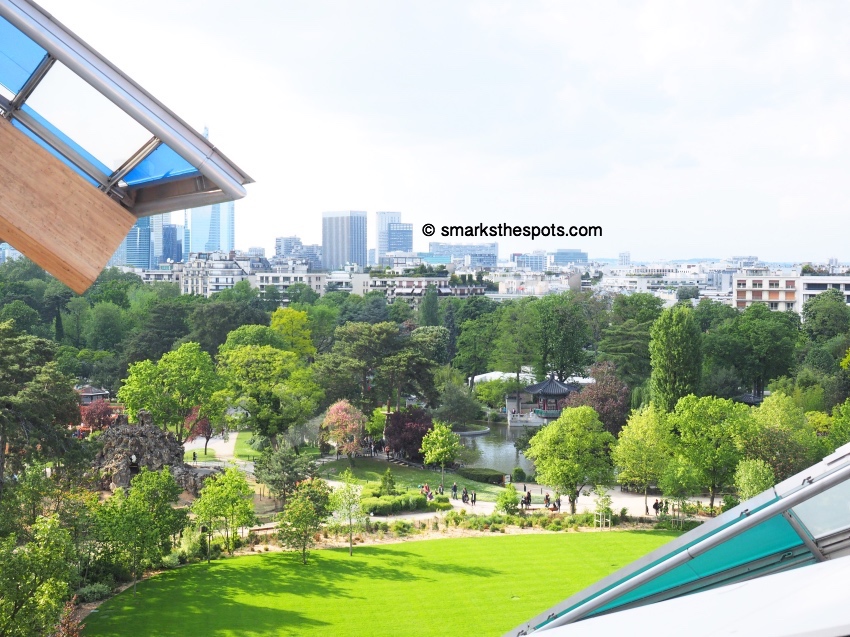 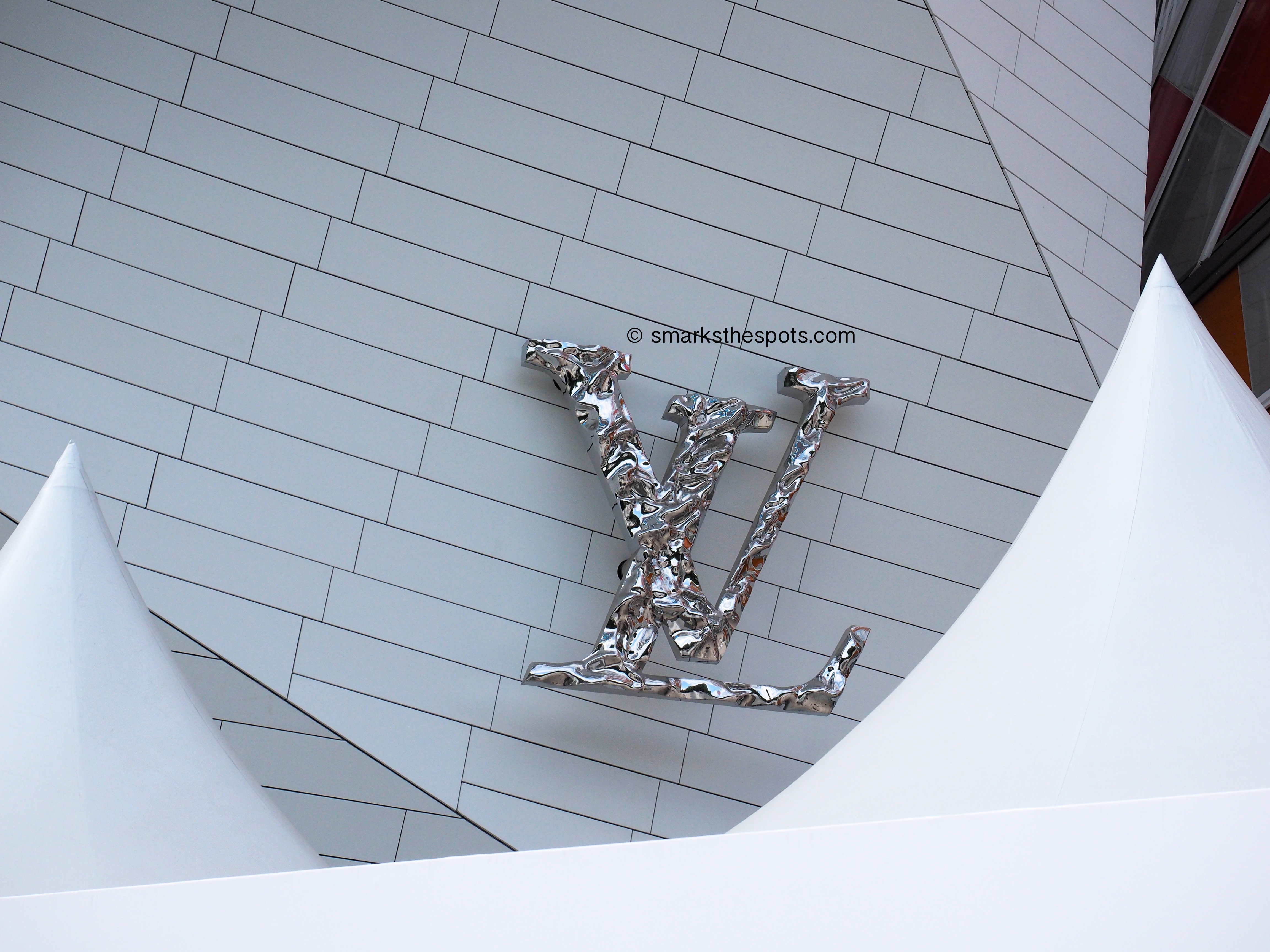 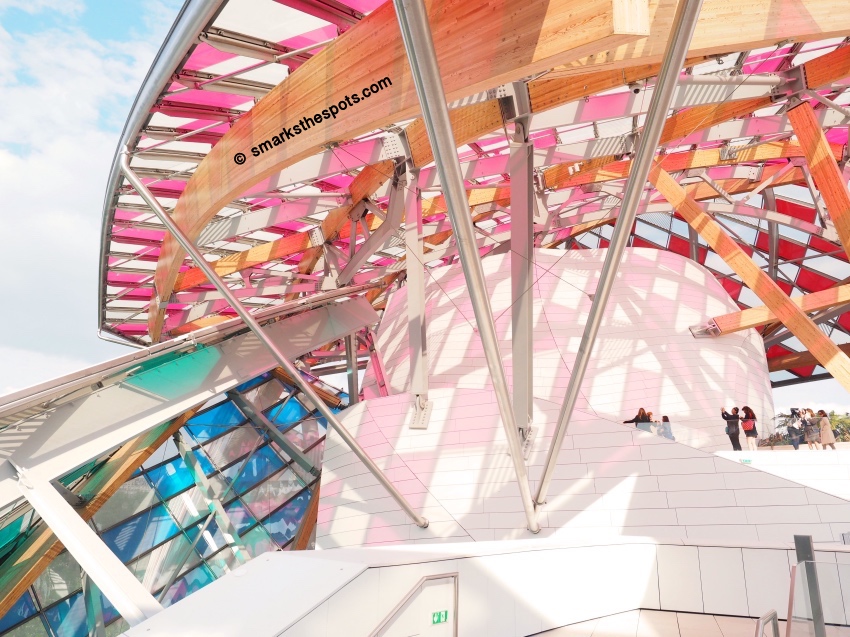 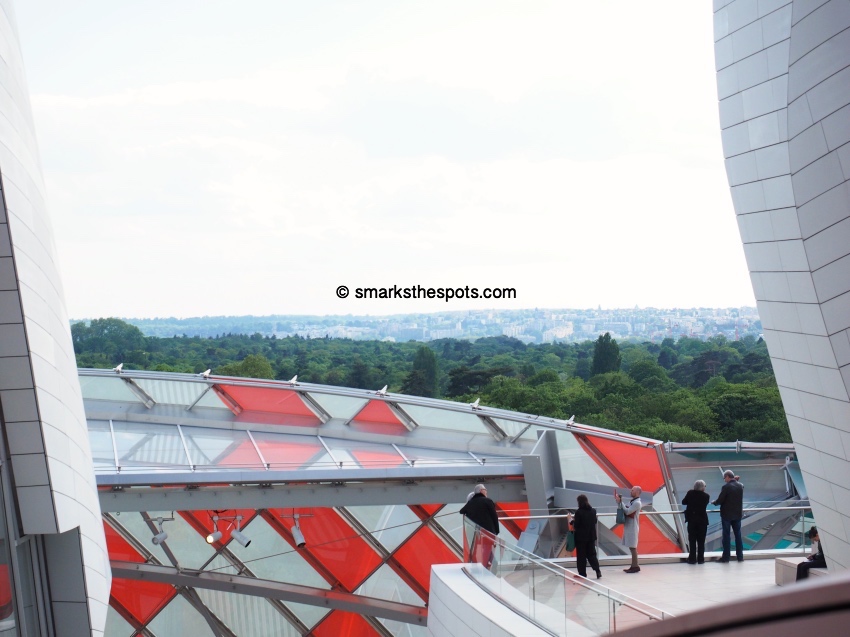 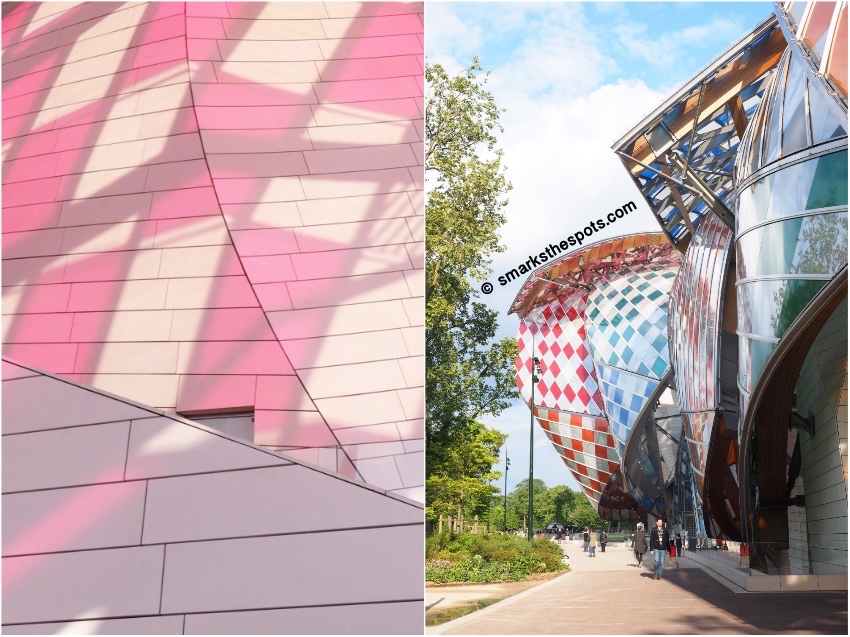 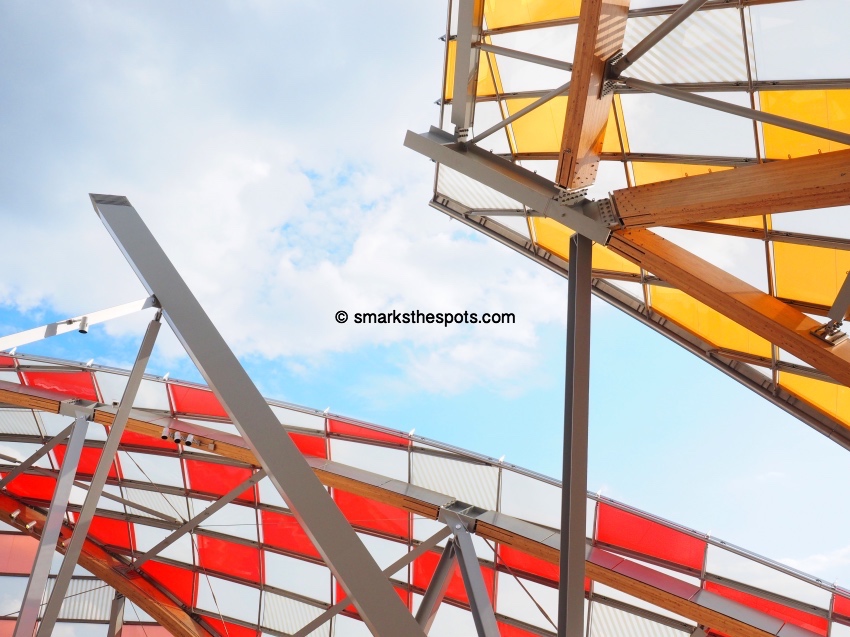 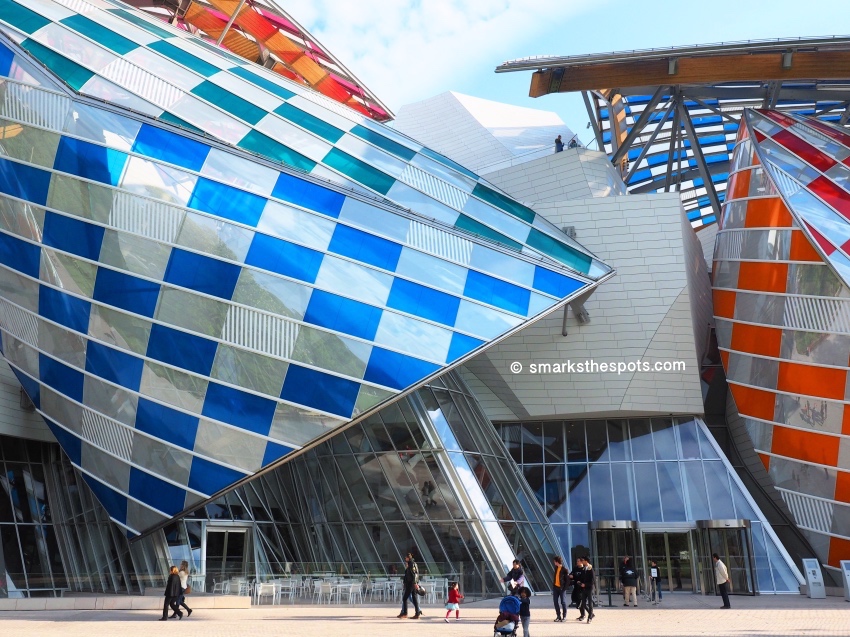 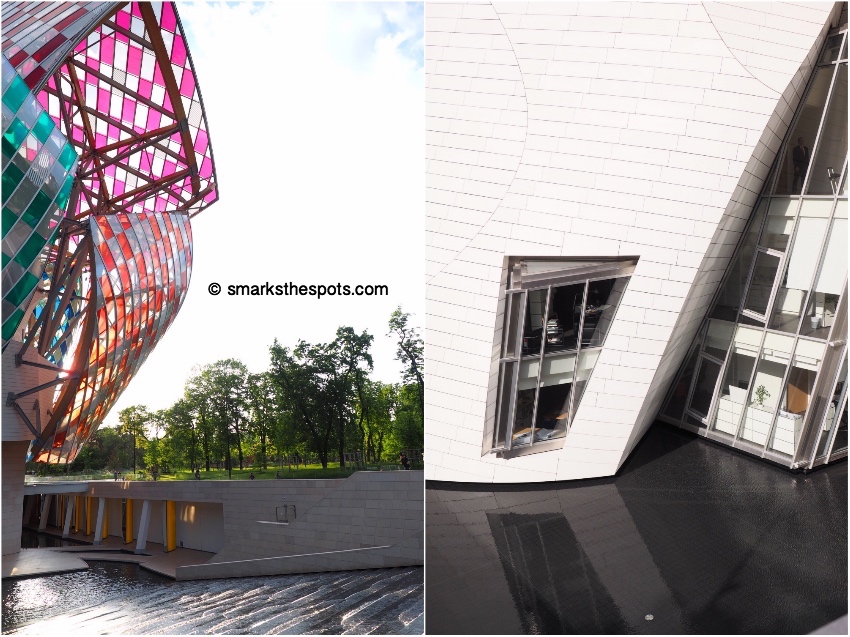 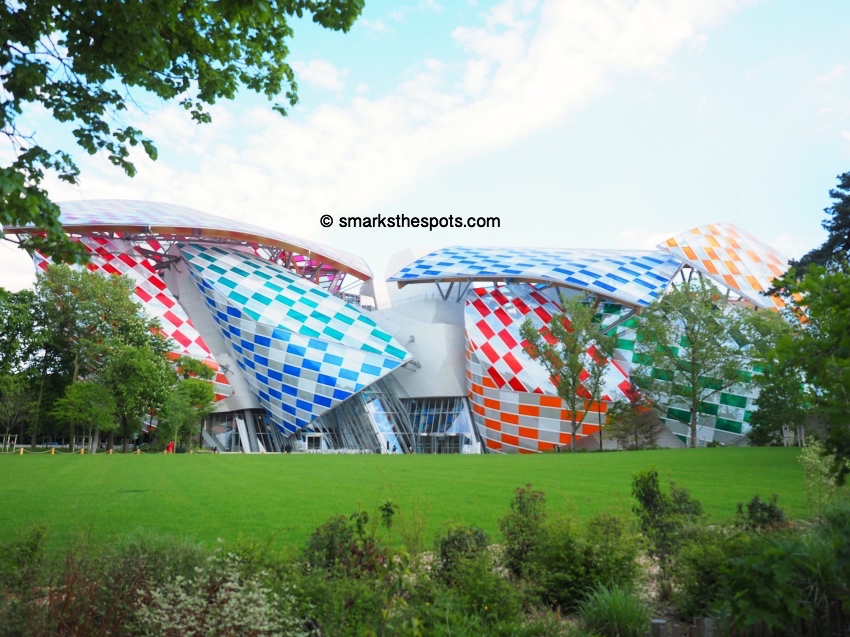