Brusseliers treat sunny days as if they’re their last…or is it just me?! When the sun is out the whole city comes alive. Everyone’s out enjoying the warm weather – cyclists, children, happy puppies, large groups of friends with picnics and frisbies, couples walking hand in hand…everyone. On such days one of the most beautiful parks in Brussels to enjoy the sunshine is the Parc du Cinquantenaire or Jubelpark (in French and Dutch, respectively).

Located in the heart of the European quarter of Brussels, the “Cinquantenaire”, as the locals call it, is a large green space littered with beautiful buildings, tall trees, free chaise longues, a beautiful fountain and the obligatory waffle van. In fact, the Cinquantenaire is much more than a place for sunbathing and relaxing; it’s a landmark of Brussels. Most buildings in the park were commissioned by King Leopold II to commemorate 50 years of Belgian independence. Interestingly enough, the arch was supposed to be finished in 1880 but was completed only 25 years later for the Belgian jubilee in 1905. Both ends of the arch are home to famous Brussels museums, namely the AutoWorld (perfect for car enthusiasts), the Cinquantenaire Museum and the Military Museum (very popular with visitors too). As you’re walking around, you can also see the Great Mosque of Brussels, the oldest in town and the biggest in the whole country, and admire the Horta-Lambeaux Pavillion, also known as “The Temple of Human Passions”, which is actually one of Victor Horta’s early works.

This is all good to know but since the purpose of this blog is to share hidden gems, I have another tip for you! Similar to other secret spots in Brussels, the park has a wonderful surprise for those who know where to look. Enter the Military Museum and enter the white door on your right handside. Buy a ticket, follow the few stairs up to the left past the armored soldiers and climb all the way atop of the arch. There you are, on top of the Cinquantenaire park, free to enjoy great views over the city for as long as you want. Not bad, ehhh? Feel free to pass this information on; it’s a pity that not too many people know about this secret passage!

The Cinquantenaire hosts from time to time events such as concerts, the Brussels marathons and food festivals. Once you’re done exploring the park, you can also pass by the Maison Cauchie to admire its impressive facade or enjoy a lovely meal at the fancy Park Side Brasserie. 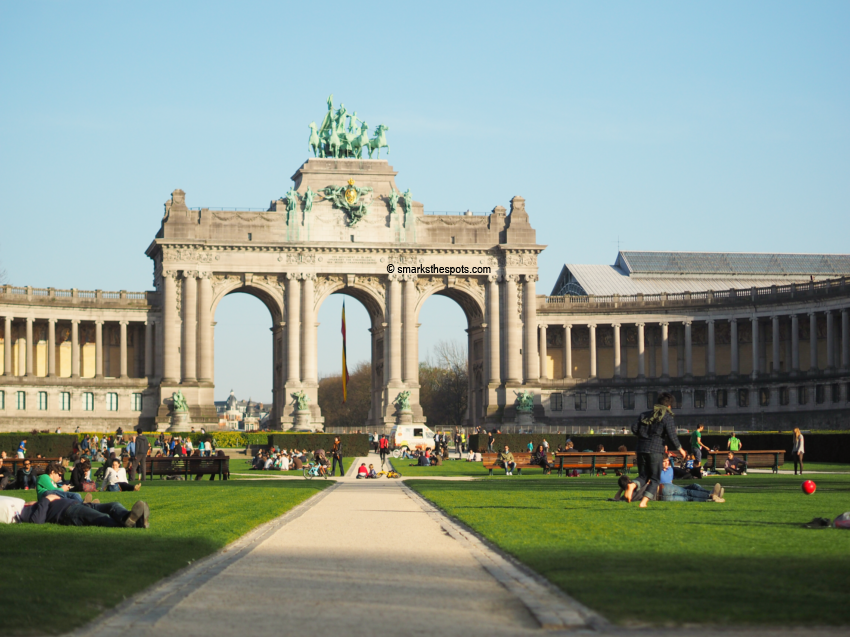 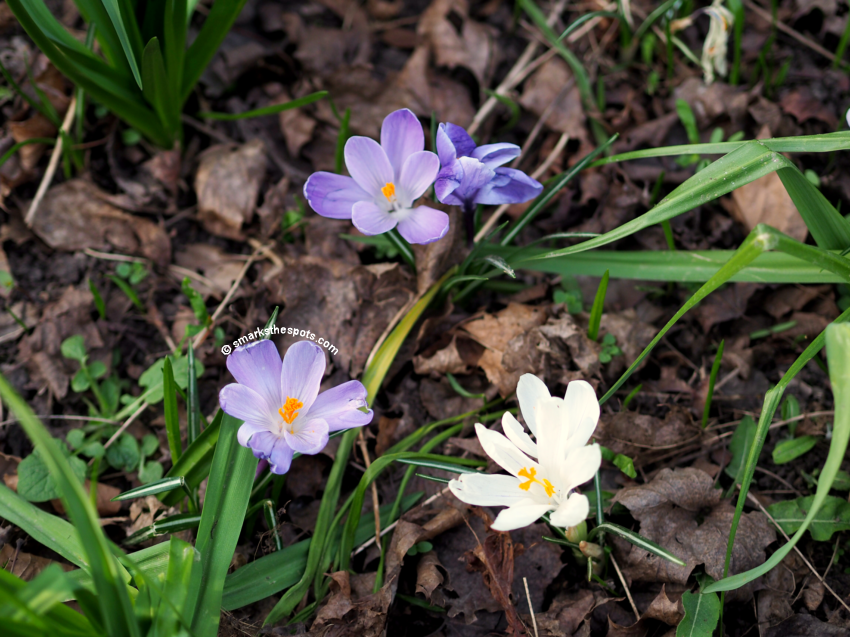 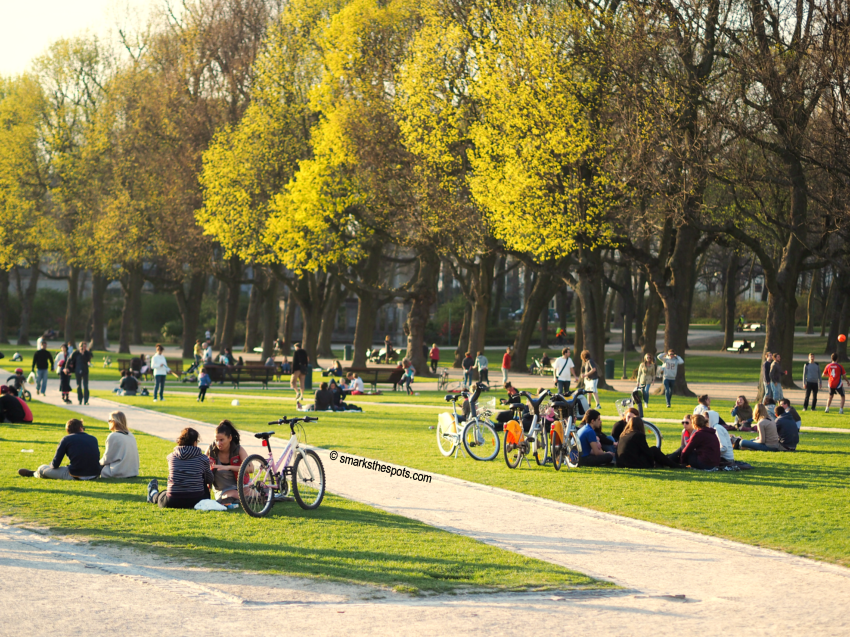 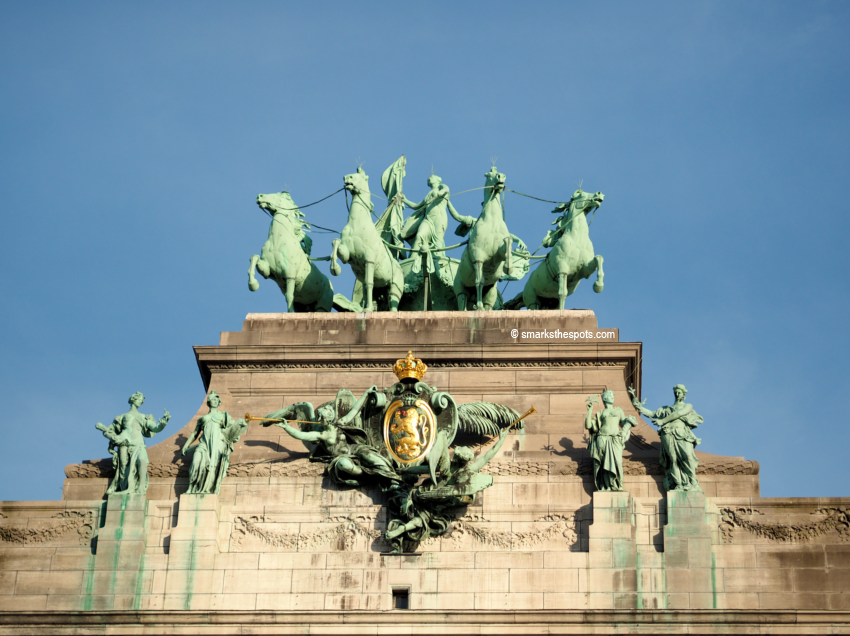 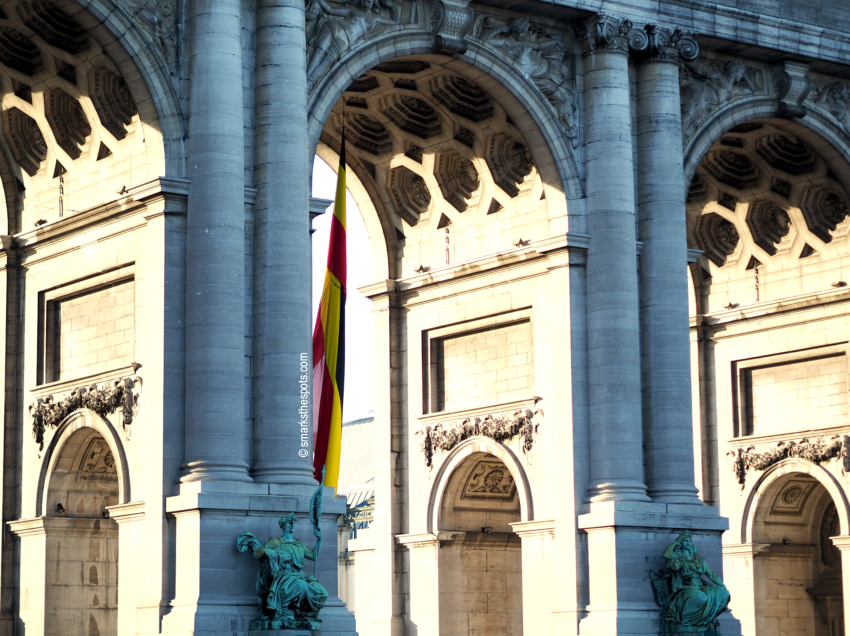 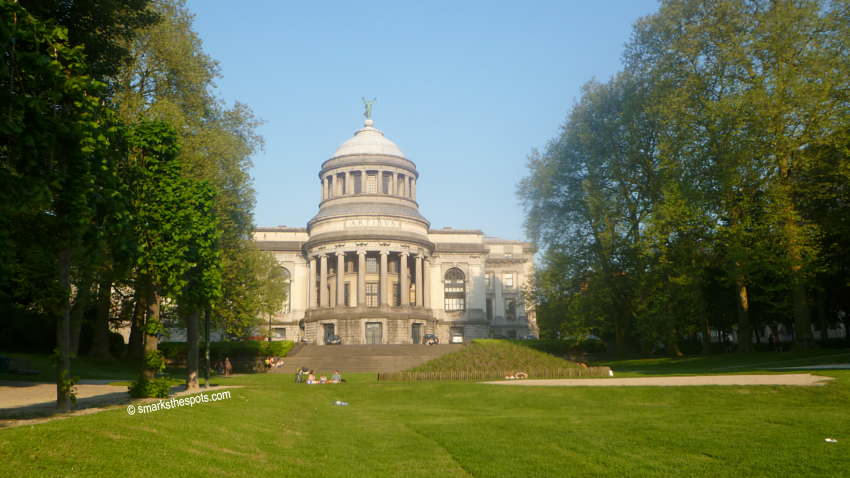 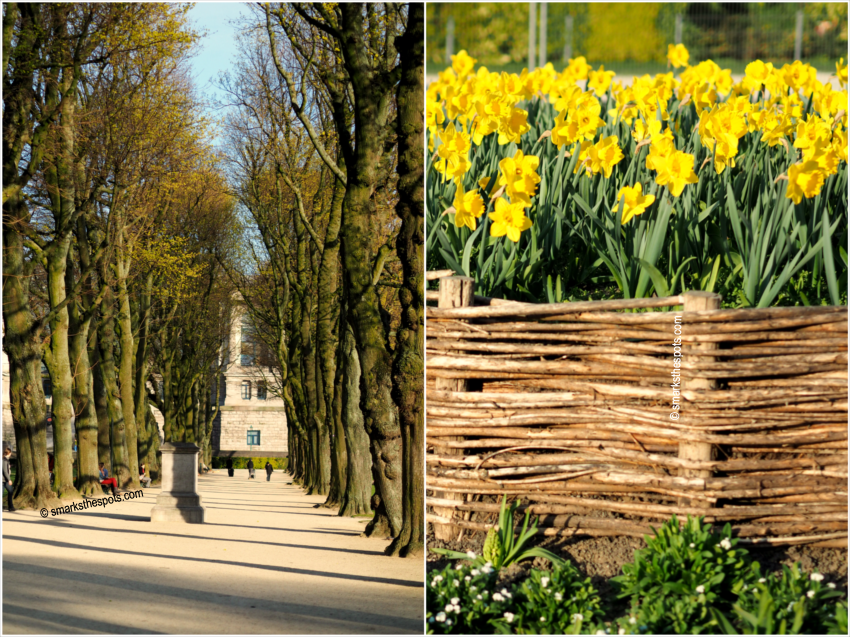 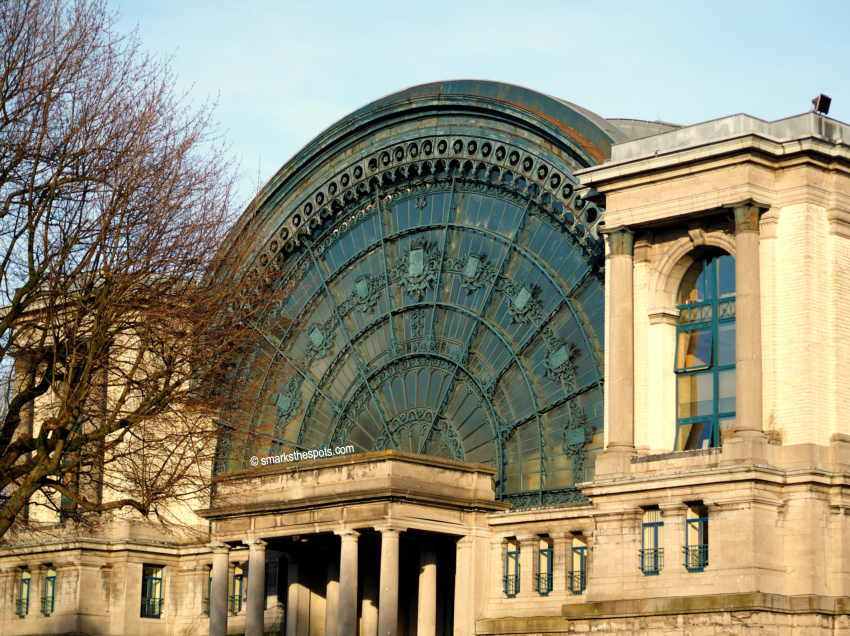 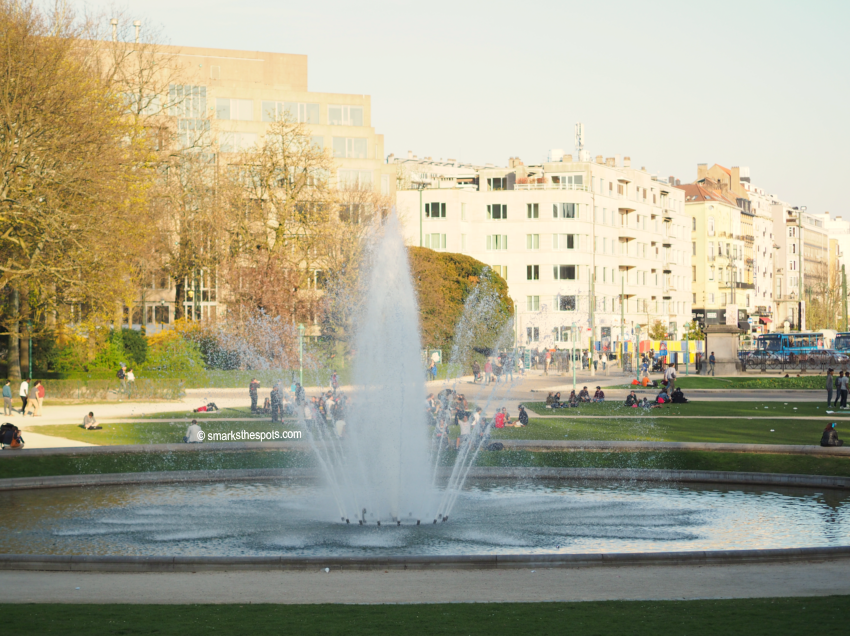 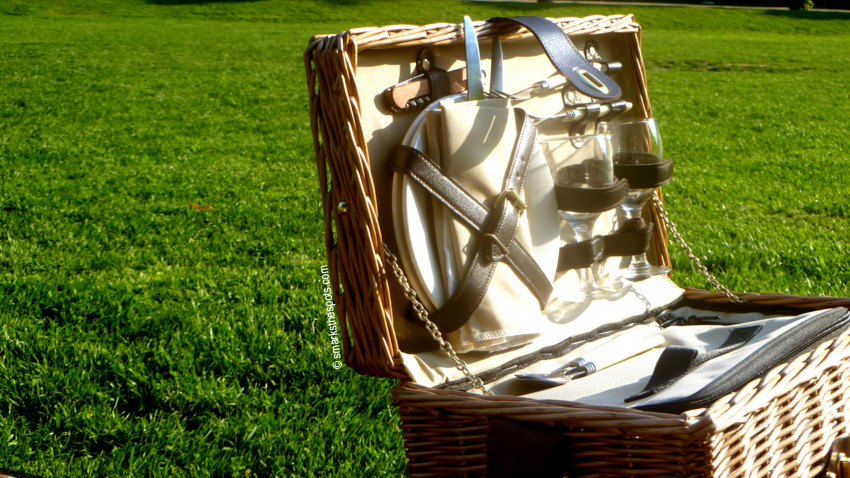 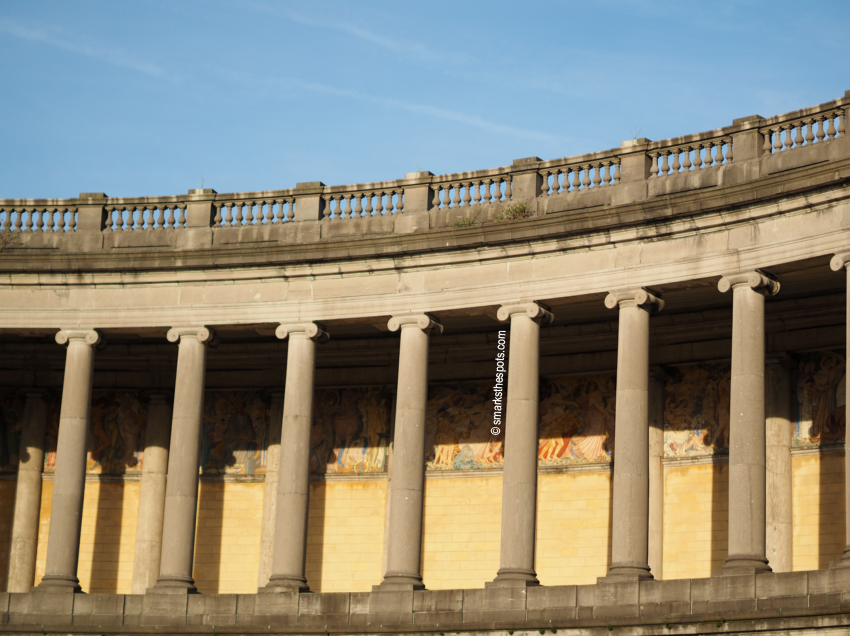